A large crowd turned out for the unveiling of our Barry Hines plaque. 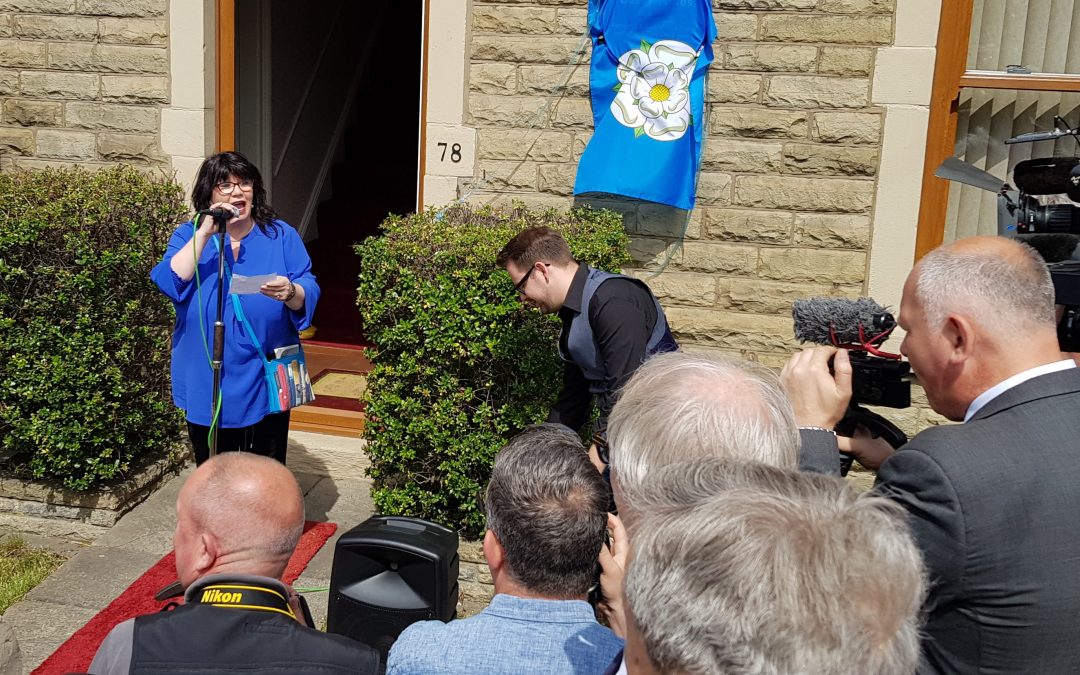 The Society has two main aims; to celebrate and promote everything that’s great about Yorkshire and to bring the people of Yorkshire together. Today, it did both at the same time.

The Mayor of Barnsley, Cllr Pauline Markham, a host of VIPs and a street full of locals and members of The Yorkshire Society were at the unveiling of our plaque commemorating the life and work of famed author Barry Hines.

Glorious weather and a brass band, behind which everyone marched from a local watering hole to 78 Hoyland Road, Hoyland Common, nr Barnsley S74 0AA – where the plaque now proudly sits – made a perfect prelude to this auspicious occasion.

Society Vice President, Milly Johnson, herself an award-winning author from Barnsley introduced Barry’s brother, Richard Hines, who told the crowd about how he and Barry grew up in a house without books and that Barry first became interested in reading when he borrowed ‘Animal Farm’ from a student friend at college. This lead to a love of words that progressed to writing his own stories, using school exercise books and a pencil.

Such was Barry Hines talent that those who worked with him wanted to attend. Director, Ken Loach, and Producer, Tony Garnett, who both worked with Barry on his most famous project, Kes, a film based on his book ‘A Kestrel for a Knave’ were there along with several cast members. 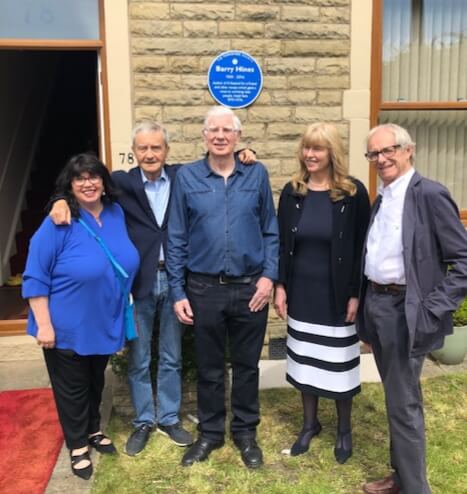 The plaque now has pride of place on the front of a house Barry Hines lived and worked in. Here are some photos of the event.