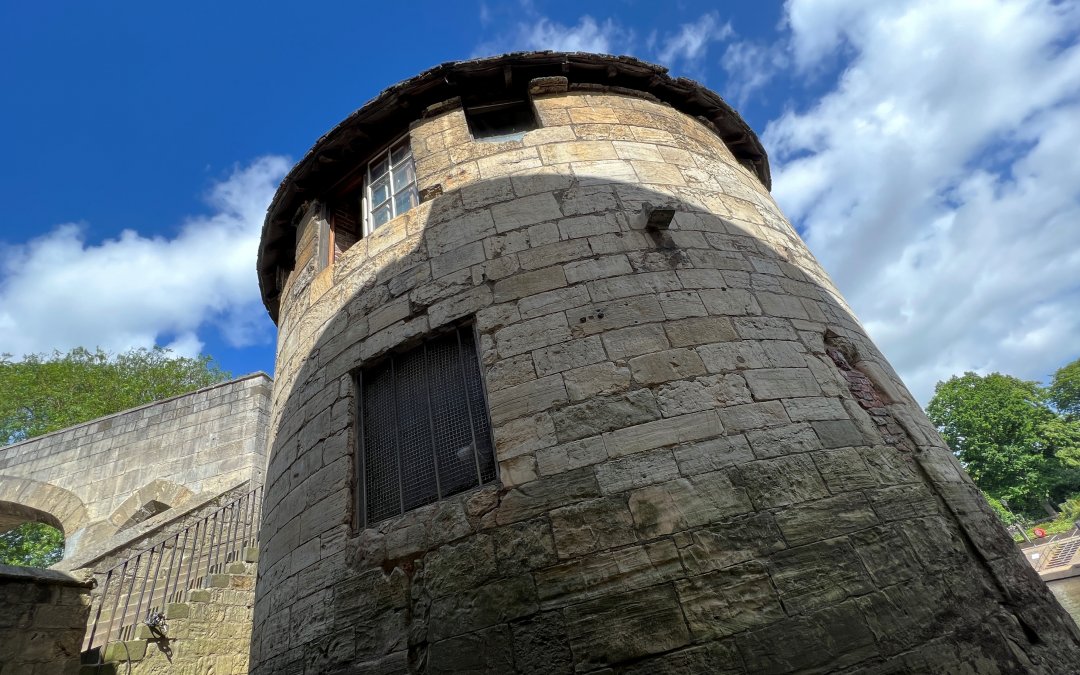 I regularly pass the little round tower known as Barker Tower just to the edge of Lendal Bridge in York whilst taking clients out on walking tours of York.

The tower is now home to a great little café called the Perky Peacock, serving great cakes and coffee, so whilst waiting to meet an old colleague recently it gave me chance to take some pictures of both the outside and interior.

I thought a bit of history of the building would be useful to share.

Barker Tower sits on the opposite bank of the River Ouse to Lendal Tower and was built at the junction of the River and old medieval town centre. It actually dates back to the 1300’s and was originally built to help control river traffic into York.

The tower was built to work in conjunction with Lendal Tower, where a huge iron chain was stretched between the two buildings to stop boats from entering the City. There were two reasons for this, firstly a defensive purpose to stop any attacks of York via the river where there was a gap in the city walls. The two towers were actually an integral part of the city wall defences.

But the main reason was to stop boats so that they could be charged a toll for entering the City. There are records dating back to 1380 detailing the roll of “Keeper of the Chain” and Thomas Smyth and John de Poynton are the first recorded keepers. A fee of four pennies was charged initially to enter the city by boat. 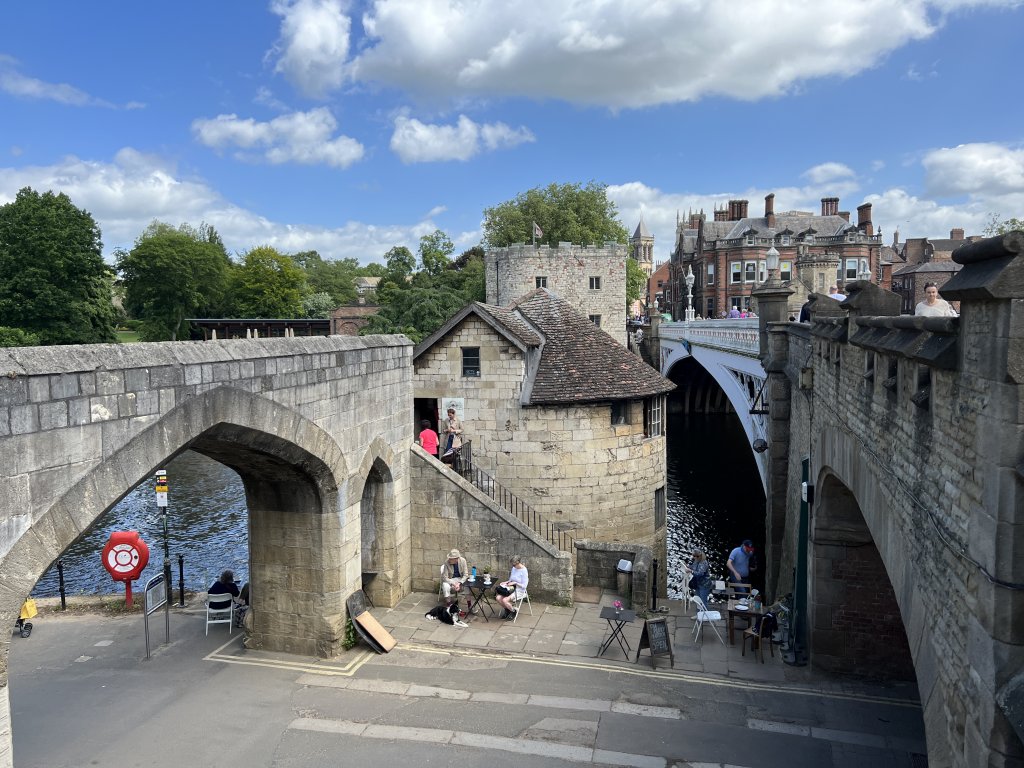 In medieval times it would have been an expensive business entering the city by boat, as the Monks of St. Mary’s Abbey  would have also stopped boats with their own toll tower just before Barker Tower to charge an earlier toll.

Back in medieval times there was no Lendal Bridge, the existing bridge not being built until 1863. So a ferry operated across the river at this point.

Barker Tower was apparently leased to ferrymen for long periods who offered the service of transporting visitors across the river on small boats. It was recorded that The ferry ran ‘in summer and winter, fair weather and foul, Sundays and weekdays’.

The tower has had many other uses but perhaps the strangest was a brief time in the 1800’s after it was no longer needed by the ferrymen, when it actually was used as a mortuary!

Barker Tower has not changed very much over the years but it would have had crenellations to make it look like a castle tower. These have since been converted into small windows just below the roof.

Finally, the name – where did it come from?

Well Barker Tower is very close to Tanner Row, where the tanning of hides within York would have taken place. Being close to the River Ouse was important for the tanners as they needed a water source to help extract tannin from the bark of oak trees to help turn hides into leather. It’s likely that the tanners would have been processing Bark very close to the tower, hence Barker Tower.

Next time you are crossing Lendal Bridge, it’s worth stopping for a closer look. And if you are in need of some caffeine, its worth a look inside too.

They also do a great Jammy Dodger or Millionaires Shortbread! 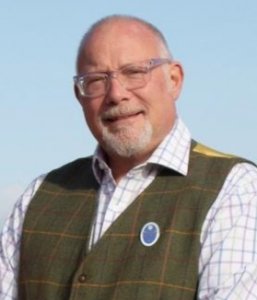