Did you know Britain’s tallest ever man was a Yorkshireman? 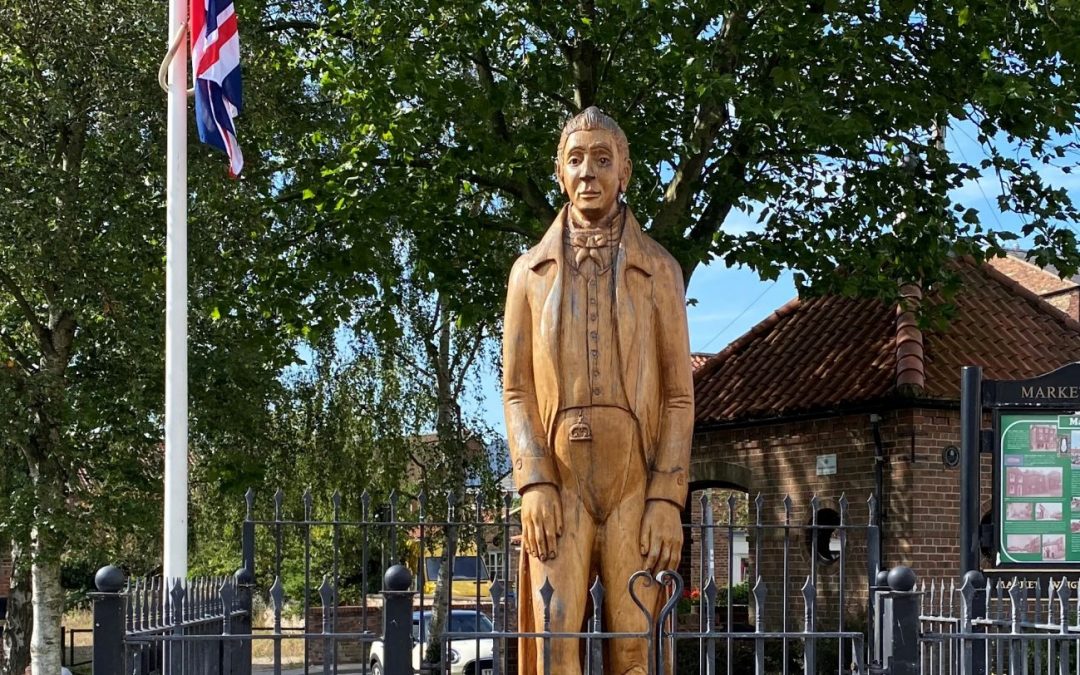 William Bradley – often known as “The Yorkshire Giant” or “Bradley the Giant” was born in Market Weighton in the East Riding in 1787 and went on become the tallest ever recorded British man who ever lived reaching a height  of 7ft 9 inches (2m36cm). 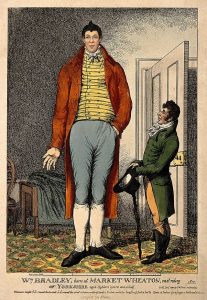 He was the fourth son in a family of thirteen children and born to parents of average size (his father measuring just 5ft 9 inches).

He grew rapidly as a child and was teased at school because of his height. But apparently teachers used his size to their advantage with reports that William was made to lift misbehaving pupils onto high cross beams until the teacher decided they had learnt a lesson and Bradley would lift them down.

By the age of 18 he weighed 27 stone and had reached his full height of just under 8ft. His feet were also massive at 16 inches long and 6 inches wide meaning his shoes all had to be specially made. At least his father was a master tailor so could make bespoke clothes for his huge son to accommodate his 4ft 8 inch chest.

After leaving school, we started life as a farm labourer his size and strength coming in handy with the manual work. He worked for a pittance, but word had already started spreading around about the Yorkshire Giant and his status was soon to change after a visit from the owner of a Barnum’s Travelling Circus – basically a Freak Show.

He gave up work at the farm and was persuaded to join a group of travelling showmen who toured the country drawing large crowds. William Bradley was the star of the show as no one had seen a human of his scale before.

Life travelling in a caravan had been bad for his health, especially the size that he was. He also wanted to start putting on more dignified shows than the Freakshow he was part of, where the second star of the show was a giant pig from Sacton!

Eventually, he decided to go it alone and manage himself. Bradley would hire rooms in towns across the country and long queues would form paying a shilling each person to come and meet him. The pinnacle of his career was being presented to King George III in Windsor. The king gave William a gold watch which he wore for the rest of his life.

Whilst making a living from his size touring England, he always returned to Market Weighton where he lived throughout his life. Whilst home he was reported to have enjoyed wagers with the locals taking bets on tasks such as how quickly he could load a wagon.

There is a large boulder and a plaque which celebrates another of the wagers where he was bet that he couldn’t carry a boulder from the village of Goodmanham to Market Weighton. He did the task with ease and as well as the boulder he was meant to have carried there is also a life size illustration of this event.

Before his death he is said to have required a walking stick which was 5ft 10 inches – taller than many men!

His house which still stands had been converted to accommodate his height with re-enforced floors and higher than normal ceilings and doorways.

Sadly William Bradley died at just 33 years of age in his home town of Market Weighton and is buried in the local church. He was originally buried in the churchyard but later buried inside for fear of grave robbers.

Market Weighton has embraced the legacy of their famous past resident and since 1996 have been celebrating a Giant Community Day, a family fun day attended by hundreds of people with amusements, rides, stalls and other attractions.

The town also has a life size wooden carved statue of William Bradley on the High Street created by local sculptor Malcolm McLachlan.

There is also a Giant Bradley Heritage Trail around the town highlighting heritage buildings and a tablet that actually records the size of the Yorkshire Giants footprint.

Finally, there is also a street named after him – William Bradley Way, so you can see The Yorkshire Giant has left a lasting legacy on Market Weighton. 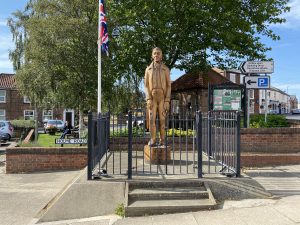 Thank you to Tim Barber of Real Yorkshire Tours for this.