Fountaine Hospital – a Yorkshire treasure and architectural mystery in the Dales 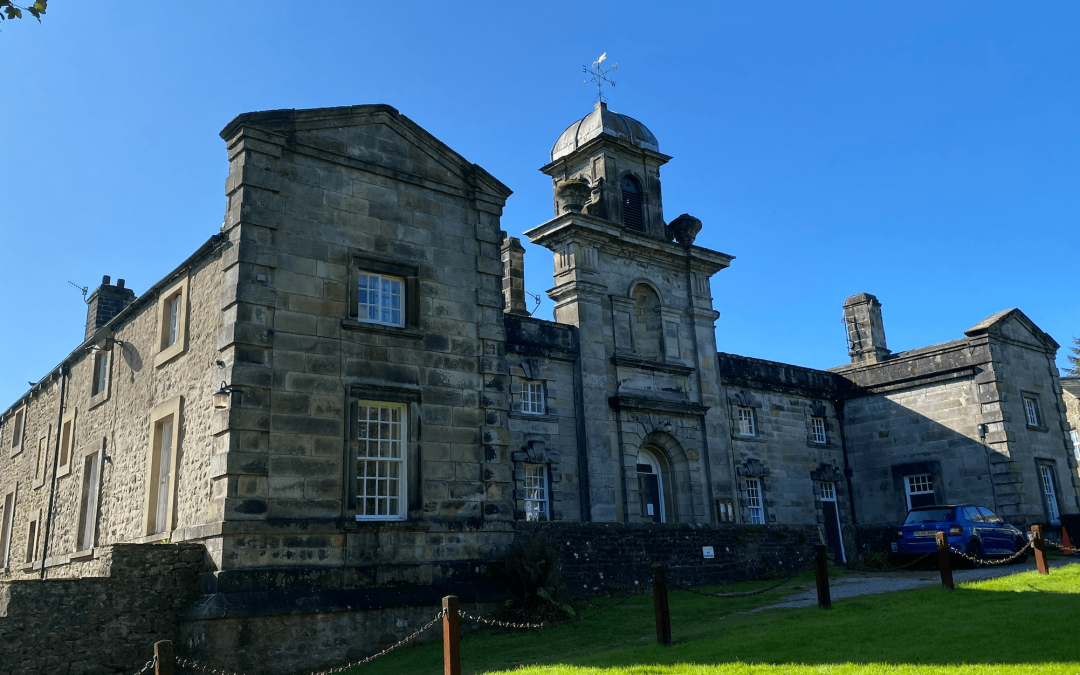 The beautiful Yorkshire Dales village of Linton, just a couple of miles from Grassington, has everything you would expect from a village – a great pub, The Fountaine Inn serving great ales and top notch food, a village green with quaint cottages and old stone buildings, a beck running through it with two delightful bridges and an old red telephone box.

But there is one building which stands out from the rest and on my first visit – it was a really unexpected find. On the edge of the village is a grand baroque building with Doric pilasters, urns and a grand dome-like cupola on top. It is one of my favourite buildings in Yorkshire and whilst not quite on the scale of a Castle Howard, the setting and wonderful architecture makes it a treat for anyone visiting the area. 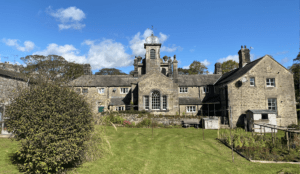 The building is actually called The Fountaine Hospital Almshouse and there is a real juxtaposition with not only its location but its use.

When I first enquired about who the architect was, I was told it was Sir John Vanbrugh. This made sense as he was also responsible for the baroque masterpiece at Castle Howard. But a couple of years later I read that this school of thought had now changed and that William Wakefield was suspected as the architect with even Sir Christopher Wren mentioned as a possible designer.

Apparently, no documents can be found in the Hospital’s record detailing who the architect was. There are no sketches, plans, contracts, accounts or primary source documents – so the mystery remained until 2018 and I will tell you more about this later.

But first, the story of how it came into existence is a fascinating one in its own right.

The Fountaine Hospital was built as an almshouse. Almshouse’s history dates back to medieval times when religious orders looked after the poor of the area. But in the 1700 and 1800’s almshouses became more urban in character and wealthy philanthropists would pay for their building in a local area.

In Linton, The Fountaine Hospital Almshouse is down to the enigmatic Richard Fountaine. He was born in Linton in 1639, but moved away down to London and made a fortune as a haberdasher. He became well known in the city and highly respected within wealthy merchant circles during the reign of the Stuarts.

When Fountaine died in 1722 he left instructions in his will that an almshouse should be built in his home village, “in a decent manner”, but he left the design to others. He was more prescriptive over matters such as the colour of the garments that the residents would wear and the church services they would attend. He left £20 a year for the employment of a Minister and £26 a year for 6 poor local residents to live at the hospital.

Interestingly, Fountaine’s estate still fund the hospital to this day and The Fountaine Hospital is still home to a number of elderly villagers.

There is no record of who made the decisions on the commissioning of the architect or the style. But there are records of his surviving relatives being outraged at his generosity and their loss of part of what they had expected as a large inheritance. To make matters worse, he had left a huge sum to his carer Christian Fountaine, an orphan who had looked after Richard and his wife and who had adopted his surname.

It is known that the first Chief Executor of the will, a man called John Colton, who had originally been tasked with commissioning the almshouse, died in 1724. It is believed that he had chosen the architect and Baroque style design at the front of the building.

But from here I need to bring in Jane Houlton who, with her late husband, architect Michael Devenish, stumbled on the building on a bus trip in the Dales and were amazed by the opulent building and, like myself, wondered how it was that a building with such an overblown, fashionable architecture of its time stood in a small rural hamlet in Wharfedale.

Jane has now published a book on her extensive research entitled “An Almshouse for Linton”. She has also done a number of talks on her findings and believes she now has a definitive answer to the mystery of the architect.

She believes the mystery has been heightened by the family members displeasure at the cost of an almshouse that reduced their expected monies from Richard Fountaine’s estate, accounting for the lack of documentation in existence.

She discovered that after the original executor, John Colton, died that the building was only part complete with just its wonderful baroque front façade already built. But if you look around the building, the sides and back are in a much simpler style.

It appears that the original architect was laid off and with reduced funding the building and its rear was completed. She is sure that the remaining family were responsible for this, deliberately taking the opportunity to disrupt the project which they will have seen as eating up their money!

It is worth noting that the hospital was also extended to the rear in the late 1800’s.

A big thank you to Jane Houlton for solving the mystery finally. Her forensic analysis of John Colton’s records and visits to the quarry at Thorpe Fell which provided the Yorkshire stone, the College of Heralds to explore the distinctive coat of arms and delving deep into the Fountaine family archives, gave us a definitive answer. 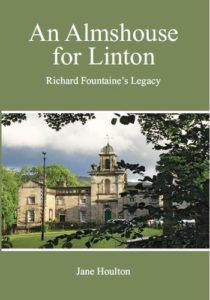 The architect was William Etty of York, a renowned artist and member of the Royal Academy. Etty’s other buildings included The frontage of the Mansion House in York, Holy Trinity Church in Leeds and the long since demolished Moot Hall in Leeds.

Now the mystery is cleared up we can simply enjoy this wonderful building for the majestic piece of architecture that it is. I’d recommend a pint outside The Fountaine Inn or a picnic on the village green to enjoy this hidden gem at your leisure.

Thank you to Tim Barber, Real Yorkshire Tours, member of The Yorkshire Society