Big attendance at the unveiling of the Arthur Aaron VC plaque 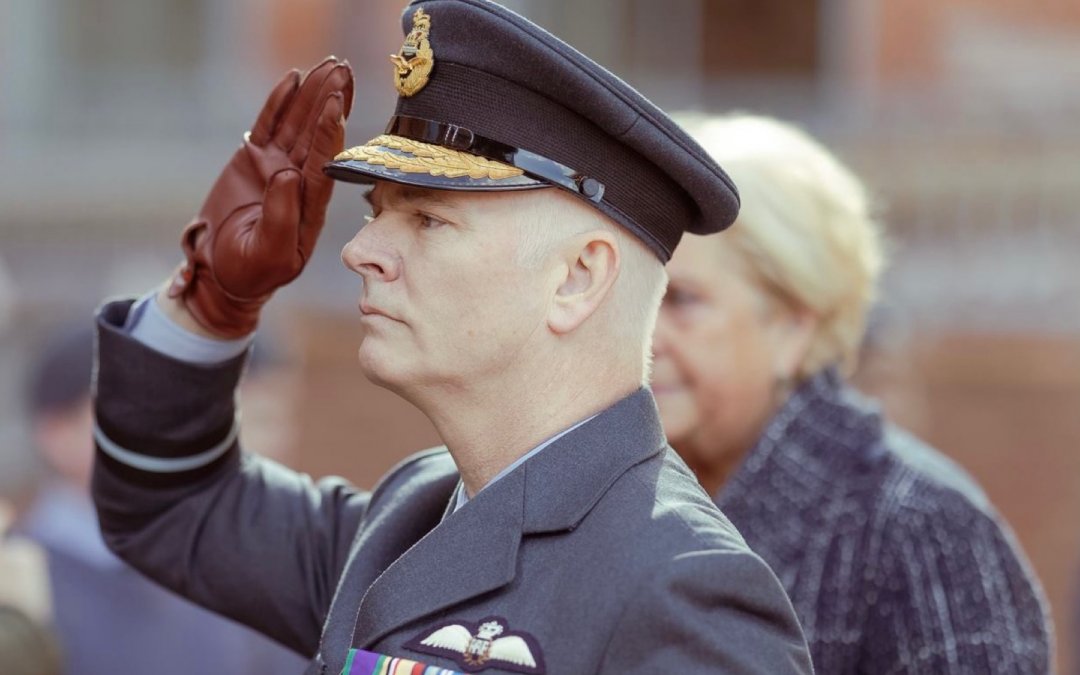 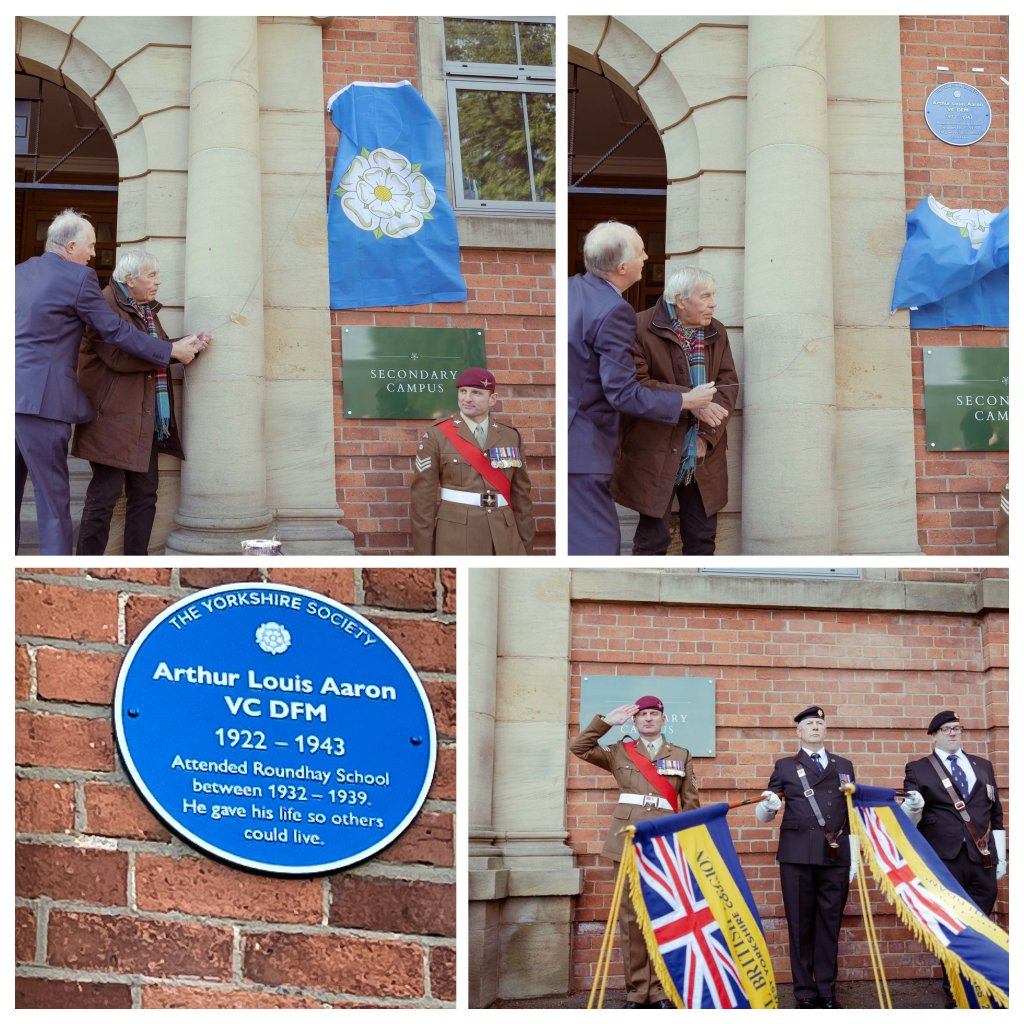 Arthur was an alumnus of the school, and the plaque was unveiled on what would have been his 100th birthday. He was awarded the VC for, despite being mortally wounded by enemy fire, ensuring that the Sterling Bomber that he was piloting on a raid on Turin was landed safely, so that other crew members had a chance of survival. Nine hours after the crash landing, Arthur succumbed to his injuries and died. He was 21 years old.

Around 250 people, including former and current pupils, serving members of the Armed Forces, Air Cadets and Royal British Legion Standard Bearers, were welcomed by Matthew Partington, Headteacher of Roundhay School. This was followed by an outline of the campaign to organise the plaque by brothers Stewart and Michael Manning whose father Cyril was a school friend of Arthur. 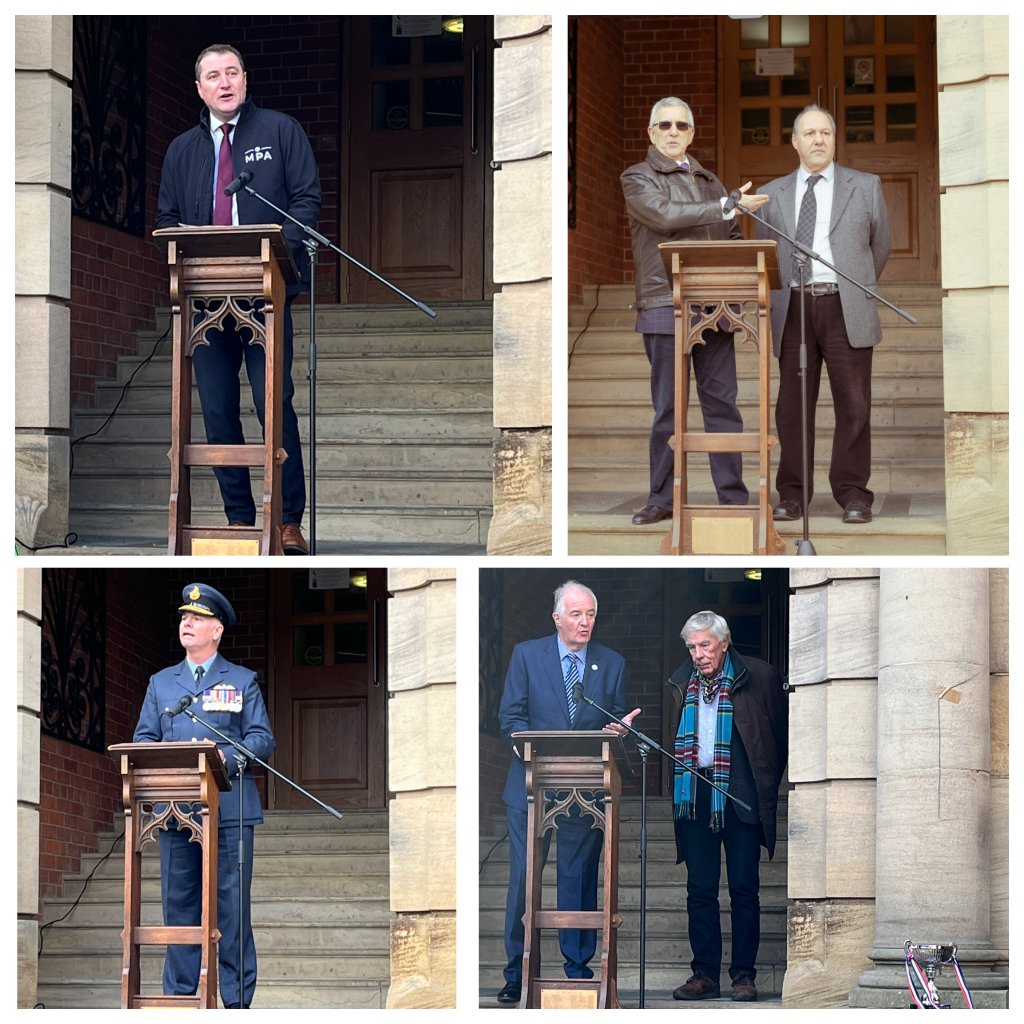 Air Commodore Stuart Stirrat gave a short speech then invited guests to stand for the unveiling. Geoff was assisted by Iain McNiven in honour of his late wife Councillor Christine McNiven who led an unsuccessful attempt to have a statue of Arthur moved from Leeds City Centre to the school. The Last Post was played by Year 11 pupil Diggory Keyes followed by a minute’s silence. Pupils from Year 7 then gave a moving performance of For the Fallen by Laurence Binyon. Guests were invited into the school for refreshments and entertainment and to view an exhibition on the History of Roundhay School and information about Arthur’s short, but eventful life. Also on display was the maquette of the statue of Arthur. 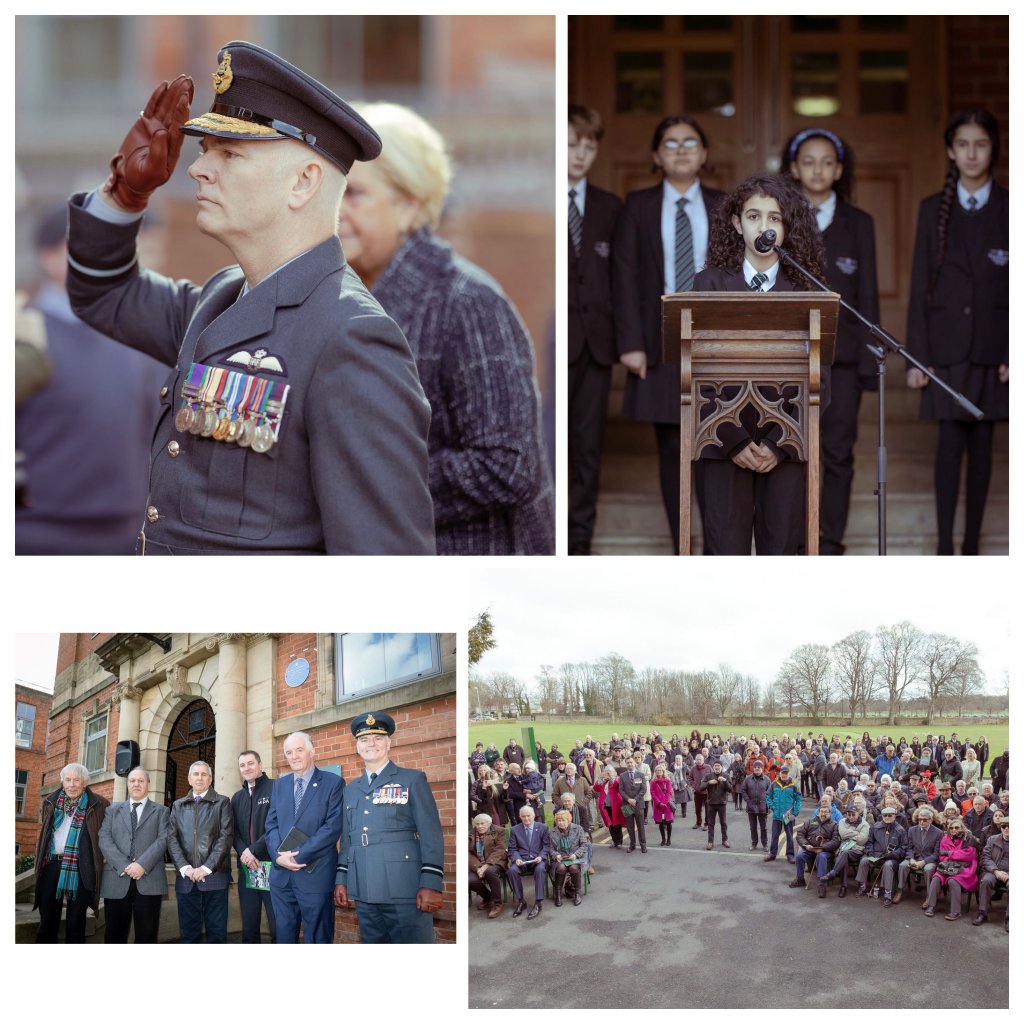 Our thanks go to all the organisers and patrons who made this event possible, to the staff of Roundhay School for putting on such a fitting tribute to a very brave young man and to everyone who attended the ceremony. 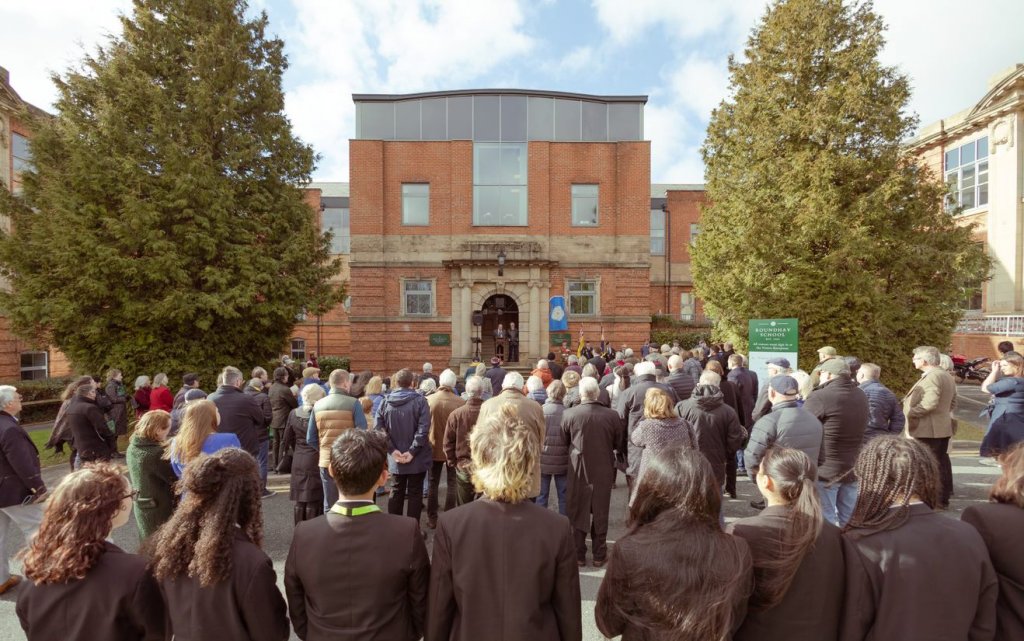 Nominations for plaques can be made here: https://theyorkshiresociety.org/what-we-do/plaques/