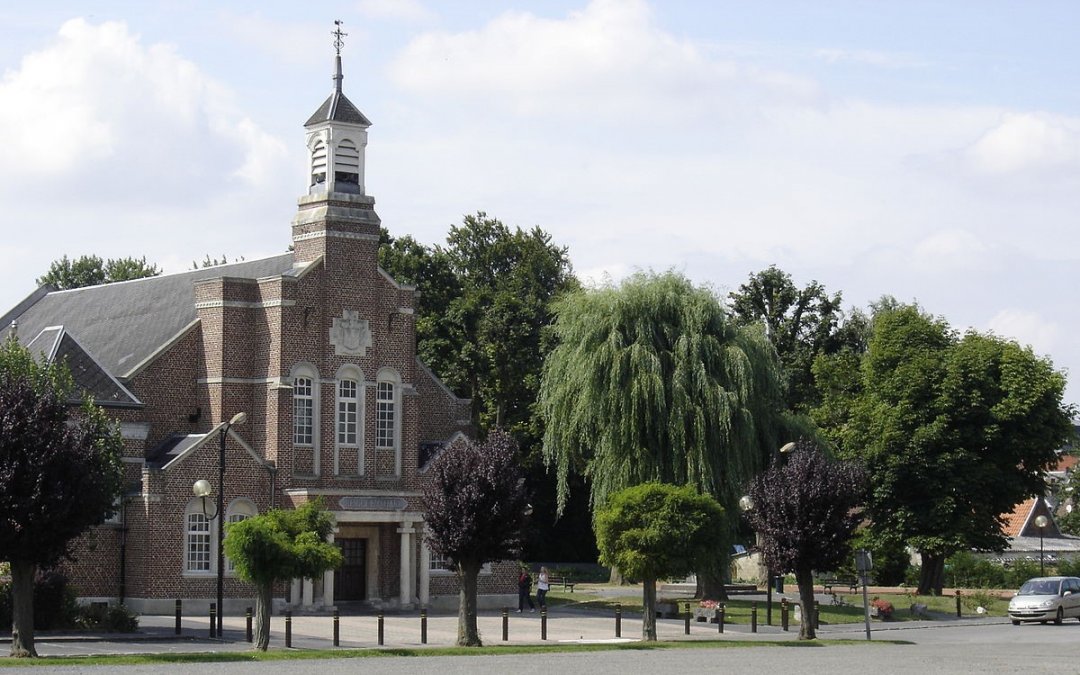 On August 1st 2022, the Yorkshire Society will be celebrating Yorkshire Day in Keighley. Hopefully this will include invitations to people from the village of Poix du Nord in the Haute-de France Region of Northern France, not far from the Belgian border, Keighley’s Twin Town.

Though Poix du Nord, a small rural community set in beautiful countryside, only has a population of 2,200 compared with Keighley’s 56,000, the relationship between the two communities is especially close.

What makes such an invitation so important and poignant is that Keighley’s town twinning with Poix du Nord was the world’s first.

How it came about is an amazing story. Being so close to the Belgium border, and within what is known as French part of Flanders, Poix du Nord suffered appalling devastation during the First World War, with huge civilian and military casualties and destruction of property.

When the War was over in 1918, a returning British soldier from Keighley, who had survived the horrors, and with typically Yorkshire thought of not just himself and what he had been through, but the plight of the community in Poix du Nord, which he had left behind.

He was instrumental in inspiring the generosity of people of Keighley to raise the equivalent of over 200 francs, a considerable sum in those days, towards the rebuilding of the Community Hall in the village, to this day known as Keighley Hall.

But this Yorkshire generosity of spirit did not end there. In 1920 Keighley and Poix du Nord set up the first official Town Twinning Partnership between any two communities, which over the last century has continued to flourish, with frequent mutual visits, official and family exchanges and a sharing of history and culture between two communities that have so much in common.

Keighley Twin Links Association was formed in 1978, and the two communities formally exchanged their charters in 1986.

Town twinning, based on a formal statement of partnership and goodwill, to encourage both trade and tourism between communities, is now commonplace all over the world and Keighley is also now twinned with Myrtle Beach, South Carolina, in the USA, and Manzini in Swaziland.

Getting to know other countries and their cultures through twinning partnerships is a hugely important educational experience and can do much to benefit young people, particularly if they can stay with a family and meet people of their own age, which can do much to remove ignorance and prejudice about other peoples’ ways of life. Friendships thus formed can last a lifetime.  If hopefully temporarily new Border controls resulting from Brexit have made travel and cultural exchange with the European mainland more difficult, it is worth thinking about the Keighley pioneers who overcame even greater logistical challenges in the difficult years after World War I.

It’s a pity that the 100 year anniversary celebrations of the town twinning, in 2020, was cancelled due to the pandemic, but it means that Yorkshire Day 2022 in Keighley, hopefully shared with visitors from Poix du Nord, will have a powerful significance, in terms of a coming together post-Covid, to celebrate all that the two towns have in common.