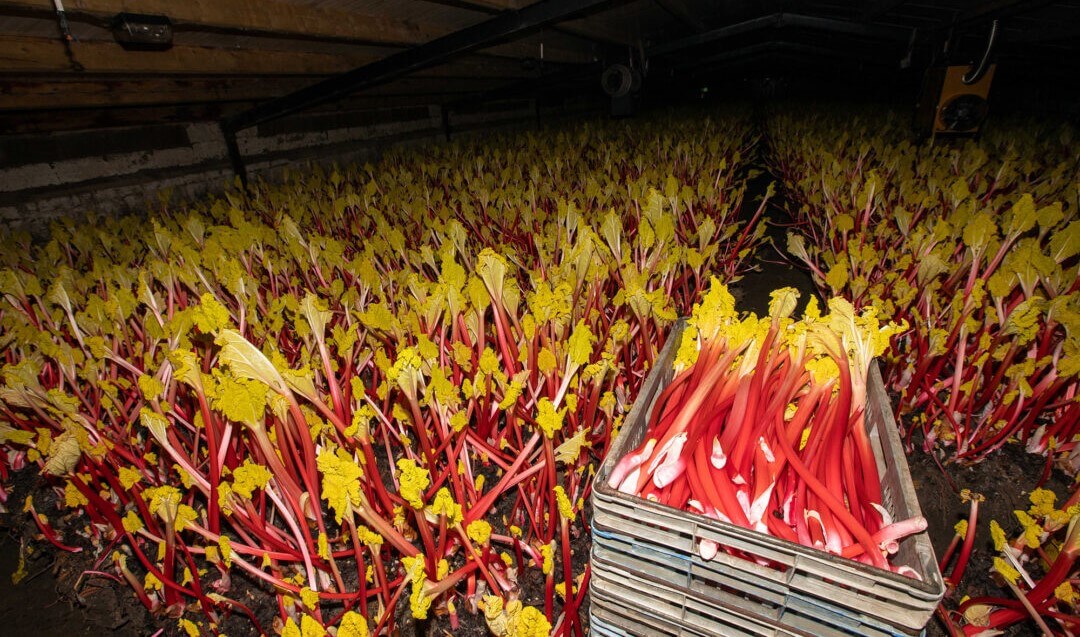 By the end of the nineteenth century, Leeds had become the largest producer of forced rhubarb in the United Kingdom. Just before the Great War, 4 to 6,000 tons of rhubarb left Leeds each year to be sold in London and other cities. Yet in 1850 hardly any forced rhubarb was produced in Leeds and the main area of production was then the London area. Even there, amounts were relatively small.

How did this remarkable change in fortunes of Leeds and London arise?

Before attempting to answer this question, it may be useful to remind readers how forced rhubarb is produced. At first rhubarb is grown out of doors for two or three years (Plate1). During the autumn following two or three years growth, the roots are pulled and then taken to a shed or similar feature (Plate2). The plant is regularly watered, perhaps by overhead sprinklers and the shed should be ventilated. The rhubarb grows quickly and is then ready for harvesting (Plate3). Forced rhubarb is thus on sale from about Christmas to Easter when rhubarb is most in demand. This is earlier than the time green top rhubarb (that grown out of doors) is harvested. 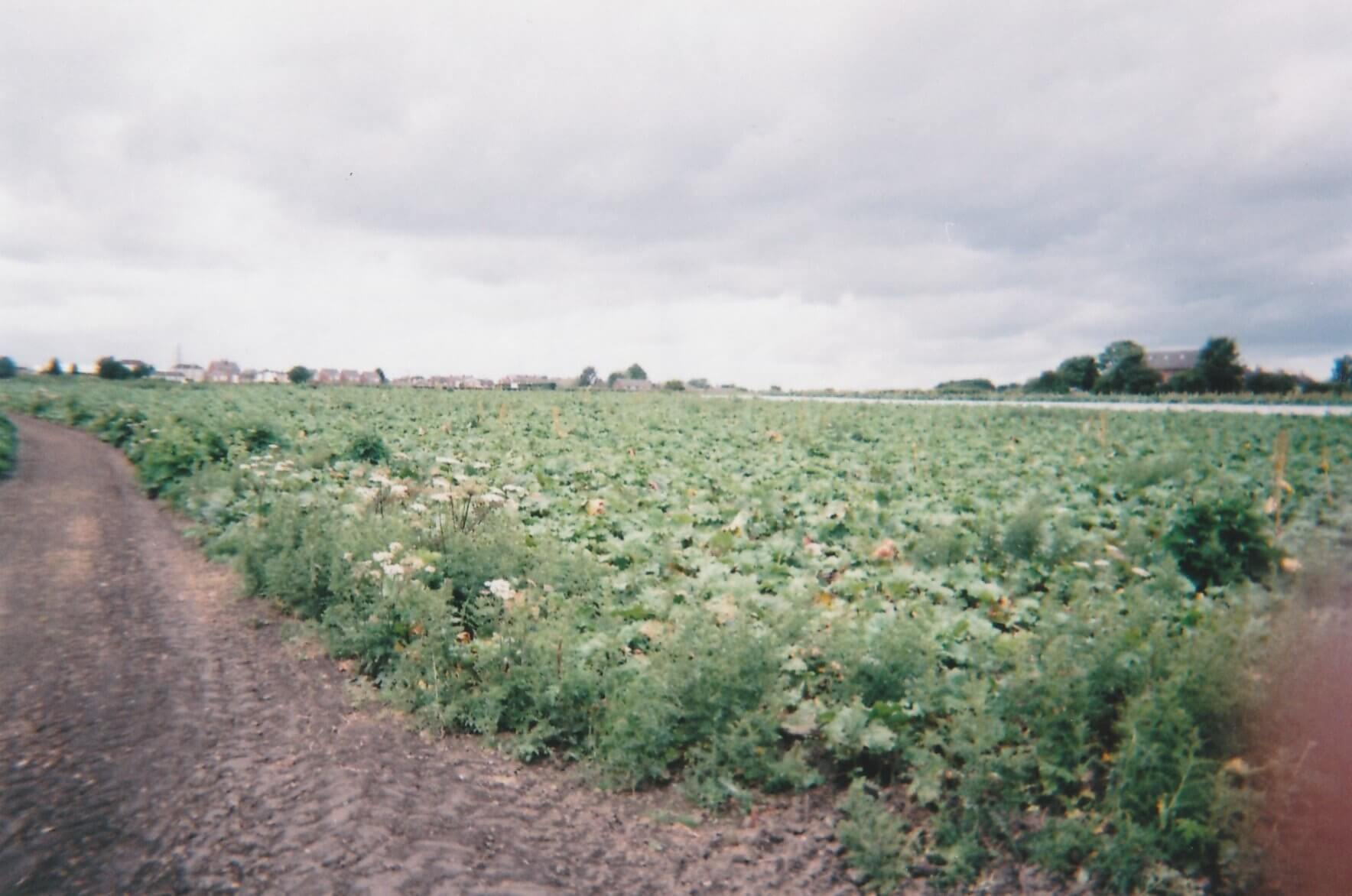 Leeds has cool autumns that enable rhubarb roots to be ready to be taken into sheds in time to produce this advantageous early rhubarb. But cool autumns occur in most of Eastern England-they are not unique to Leeds. And this is the difficulty with most of its other advantages: they also occur elsewhere.  Leeds rhubarb soils were often greatly changed by the addition of night soil and ashes from Leeds homes, but all nineteenth century towns in England could supply these materials. Coal was originally used to keep the sheds, where rhubarb was grown, warm, and coal was mined in Leeds; but again, coal was mined in other towns including Barnsley, Birmingham and Sheffield. As early as 1841, the North Midland Railway ran an overnight train from Leeds to London, which also called at Sheffield and Birmingham, but there was no immediate increase in rhubarb production in Leeds following its introduction. It was only many years later that the Great Northern Railway introduced special overnight trains carrying rhubarb from Leeds to London. And then only when the rhubarb industry was already well-established. Collectively, these advantages allowed Leeds to become a major producer of forced rhubarb but they do not account for why this happened.

The reason Leeds became so commercially important was the invention of large sheds specifically designed to grow rhubarb. The largest, which measured the enormous size of 59m. by 91m. was located in Beeston. Time and again, pre Great War accounts in newspapers and books speak of the forcing of rhubarb in sheds as being the Leeds method. And, indeed, Leeds was the first to commercially use such large specially designed sheds to grow rhubarb. No one knows who invented rhubarb sheds.  Of the many suggestions perhaps the most likely is John Forster of Hunslet. 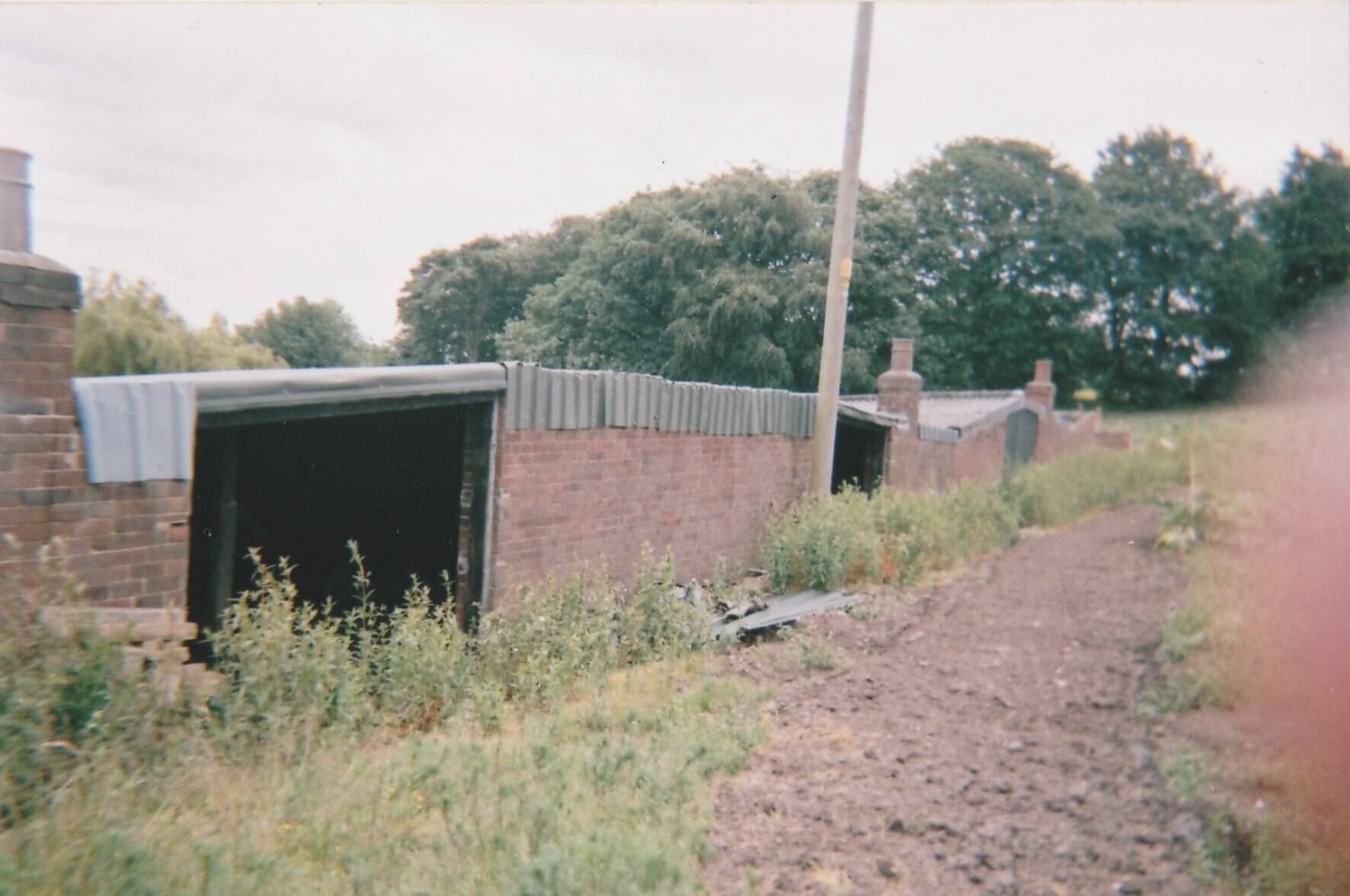 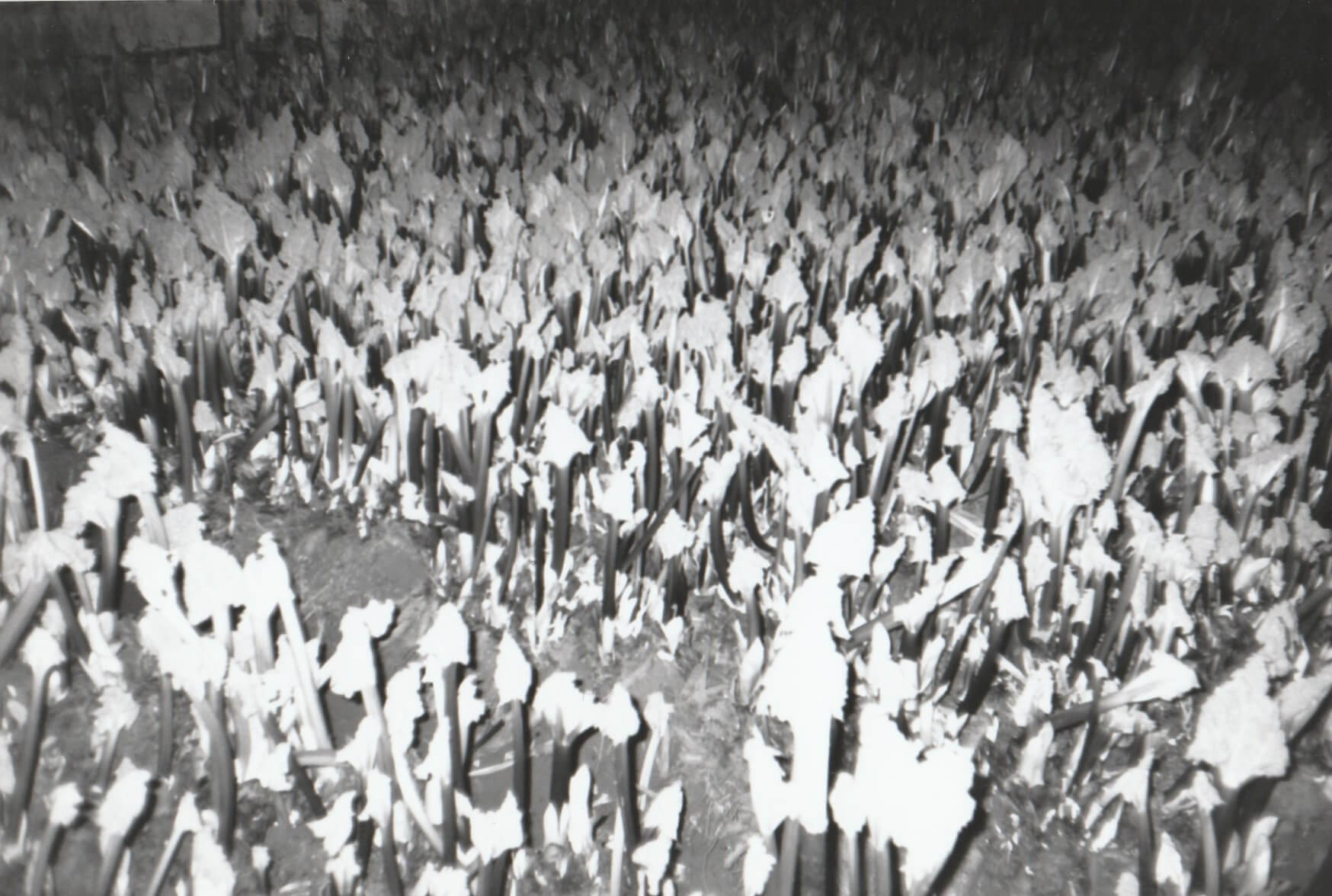 Prior to the use of these specially designed sheds, rhubarb for sale had been forced in small pots. These produced good quality rhubarb but the total quantity was low. This method was used  both in Leeds  (prior to the introduction of the special forcing sheds) and the London area. Rhubarb quality was equally high in the specially designed sheds, but the sheds were effectively mass producers of rhubarb; far greater quantities were grown than could be achieved by using pots. Mass production probably led to the price per bundle being lower than that grown in pots, so Leeds was more competitive than areas using older methods.  Moreover, and most crucially, the demand for rhubarb was increasing in the mid-nineteenth century, and this increased demand could be met by producers using the specially designed sheds rather than by such traditional methods as forcing in pots. A contributory factor leading to the decline of the London area was the expansion of the town outwards with the consequence that some market gardens were destroyed.

Rhubarb sheds were first used commercially in Leeds some time between 1852 and 1868, and possibly nearer 1852 than 1868. Production had become so significant by 1869 (much earlier than people have previously identified) that rhubarb growing was recognised as a Leeds speciality, according to a report in the Liverpool Daily Post. This report also stated that Leeds rhubarb was forced in the now familiar distinctive sheds.

Initially, Osmondthorpe and Hunslet were the major areas where rhubarb was grown. The Whitwell family, of Pontefract Lane, Osmondthorpe, had an important part to play in establishing Bramley as the third major area of production within Leeds, and thereby made a major contribution to Leeds’s total rhubarb output. James, the father of the family, had been a schoolmaster but changed his occupation to become a rhubarb grower. He, and for a while the youngest brother, Arthur, continued to farm along Pontefract Lane, but his eldest son, Joseph Sidney, and his middle son, Elijah, became established as growers in the Bramley part of Kirkstall in 1868. Joseph became well-known for his high quality rhubarb. He sold this in Bradford and Manchester as well as Leeds. In 1875, Elijah bought land at Intake Lane in Bramley on which the youngest brother, Arthur, grew rhubarb. This directly increased the importance of rhubarb production in Bramley (and so in Leeds). As news of the success of the brothers spread through Bramley, other Bramley folk decided to become forced rhubarb growers themselves. In 1890, Bramley had the largest number of rhubarb sheds in Leeds, and was a major contributor to Leeds importance. The two other important areas remained Hunslet and Osmondthorpe.

By 1890, the industry had spread to the area just south of Leeds. Jesse Ramsden was both a grower of rhubarb in Leeds and in Brandy Carr. However, Leeds still had three quarters of West Yorkshire’s rhubarb sheds.

Worse was to follow the Second World War. Most of Leeds’s rhubarb fields were lost to council estates and some to private houses and manufacturing. But immediately outside the Leeds boundary, rhubarb growing continued unabated in places such as Farsley and Pudsey.

Local government reform, in 1974, brought a return to Leeds’s  premiere position. The city then acquired many of the growers who had grown rhubarb between Leeds and Wakefield-land previously administered by The West Riding County Council. In 1974, Leeds had again become the largest producer of forced rhubarb in the country. This is the position it still holds today. Procter in Farsley, Tomlinson in Pudsey, Whiteley, also in Pudsey, Westwood in Thorpe, Dobson in Ouzelwell Green and Oldroyd in Rothwell are all Leeds growers, and together they produce most of the UK’s forced rhubarb.