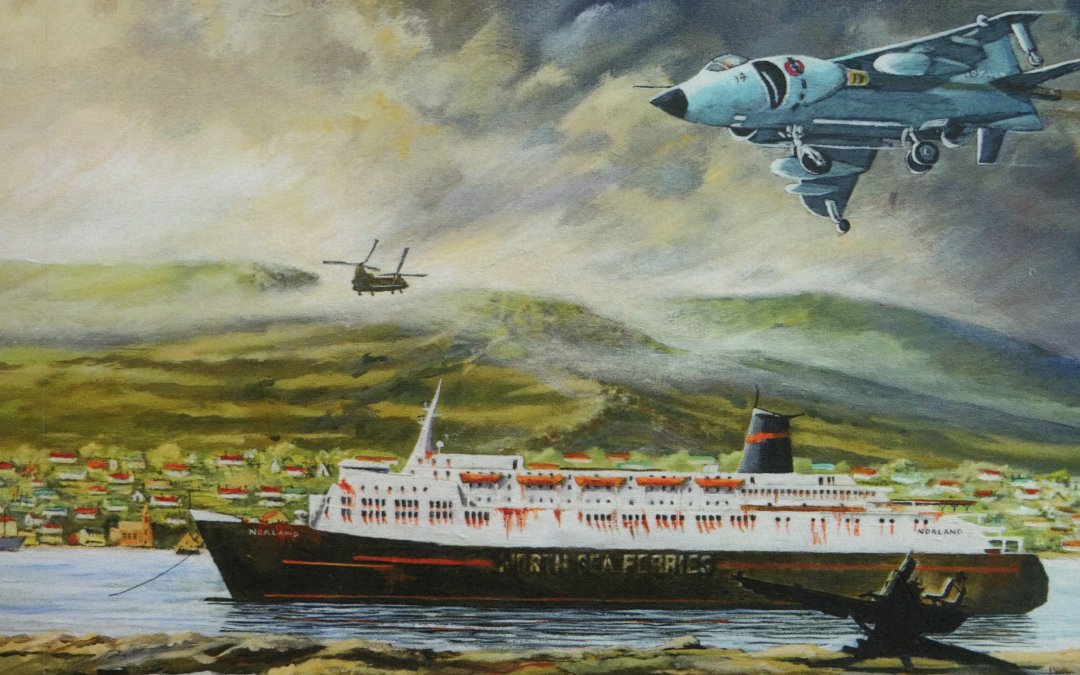 Covid lockdown allowed Michael Wood, a member of The Yorkshire Society, to co-author a book on the old Hull – Rotterdam North Sea Ferry, MV Norland and its immense contribution to the successful outcome of the Falklands War. It is an amazing story. 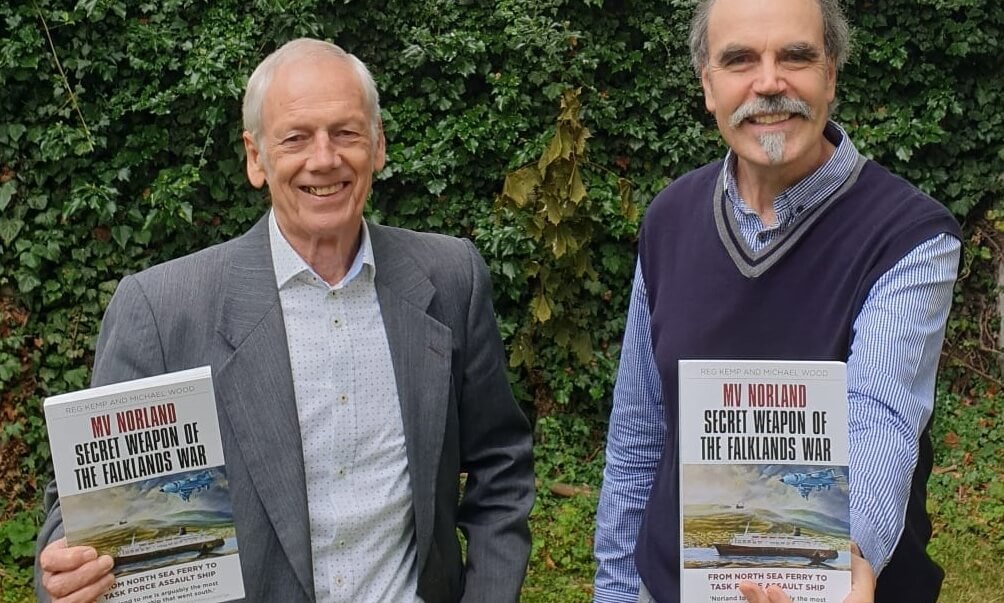 “A steward, a cook and a paratrooper walk into a ship’s bar! Though these words might sound like the start of a fun joke, the three characters mentioned are more than real and appear in the publication, MV Norland: Secret Weapon of the Falklands War,” said writer Michael Wood. Michael is an army veteran and former Paratrooper, who has co-authored with merchant seaman, Reg Kemp, a dramatic new book about the Falklands War.

Michael continued: “Yorkshire has the right stuff as well as the write stuff! Take Pete McWatt from Scarborough, a cook on board the Norland and paratrooper Dave Brown from Leeds, who both celebrated their 21st birthdays whilst at war. They have since become close friends, carrying out important work to the memory of the ship, its crew and the precious cargo of the 2nd Battalion, The Parachute Regiment (2 Para) that it safely ferried to and from war.”

The story is told through the eyes of night steward, Reg Kemp from Hull, who as co-author said: “I never thought I would ever have my experiences ending-up in print. To see the finished book is a thrill. I’m equally thrilled that the opportunity for the true story of the Norland has at last been told. I was just one of 93 crew on board and the book is dedicated to my crew mates and the British Armed Forces.”

Recognised more for his role as the Town Crier for East Riding of Yorkshire, Michael Wood has concentrated full-time on writing since the covid lockdown restrictions. Though he didn’t deploy to the Falklands himself, his younger brother Grahame did, who was a senior barman on SS Canberra. Michael always wanted to tell his brother’s story but they worked in different parts of the world, then sadly Grahame died before he had the chance. Michael discovered his neighbour, Reg Kemp, had deployed on the Norland – and the rest as they say is history.

Hull’s seagoing contribution to the 1982 South Atlantic Task Force (five trawlers, three tugs and a North Sea Ferry from Hull) was greater than any other town or city in Britain for ships taken up from trade (STUFT).

The book is timely as this year commemorates the 40th anniversary of the war. In advance of this, Michael Wood said: “Finally, the gap has been plugged on the little-known story of largely Yorkshire men and women and their role in that war. Indeed, it is one of the last great yarns of the Falklands War to be deservedly told. For many who deployed in the Task Force, their time down south was 100 days, for the Norland it was ten long months. The book tells of the excitement, fear, intrigue, humour, heartache, elation and relief that we had got away with it.”

Pete McWatt said: “The book has a poignant last chapter which looks at the aftermath of the war and the ‘laying of ghosts to rest’, not just by those at the sharp end of the fighting but also some members of the crew for whom the war has stayed long in the memory. When I volunteered, it greatly upset my parents, putting them through worry, especially my father who had served in WW2. But I was young and looking for adventure. My time during the war has stayed with me and I have since become a friend to many people in the Falkland Islands, having returned there through the years on pilgrimages. My wife Fliss, also has relatives there.”

The book has a foreword by the senior naval officer on board, Commander Chris Esplin Jones, and an afterword by Major Chris Keeble of 2 Para, who took over command from the ill-fated Lieutenant Colonel Jones at Goose Green. It also prominently features Dave Brown, who served in 2 Para and how through the years he has coped with a personal battle of PTSD since his harrowing Falklands experiences.

Michael Wood was keen to add: “It’s a very entertaining read, which may sound a strange thing to say of a book about war, but the relationship forged between the crew and the troops shines like a beacon through some of the darker times. In the end, what also wins through is that great British trait of humour.”

Pete McWatt said: “It didn’t feel entertaining at the time and for sure you needed a sense of humour to get through it. I am not embarrassed to say how scared I was. I am often asked; Would I go through it all again? My honest answer is yes.”

Michael concluded: “The crew of non-combatants had a right to worry when they were given weapon training and taught how to shoot by the military in readiness to defend the ship. For me, Reg Kemp best summed up the part he and the crew played when he said: ‘You don’t just have to fire a gun to fight for your country’.”

Published by The History Press, copies of MV Norland: Secret Weapon of the Falklands War are available at Amazon, Kindle and other outlets.