National – and international – recognition for the Yorkshire Wolds 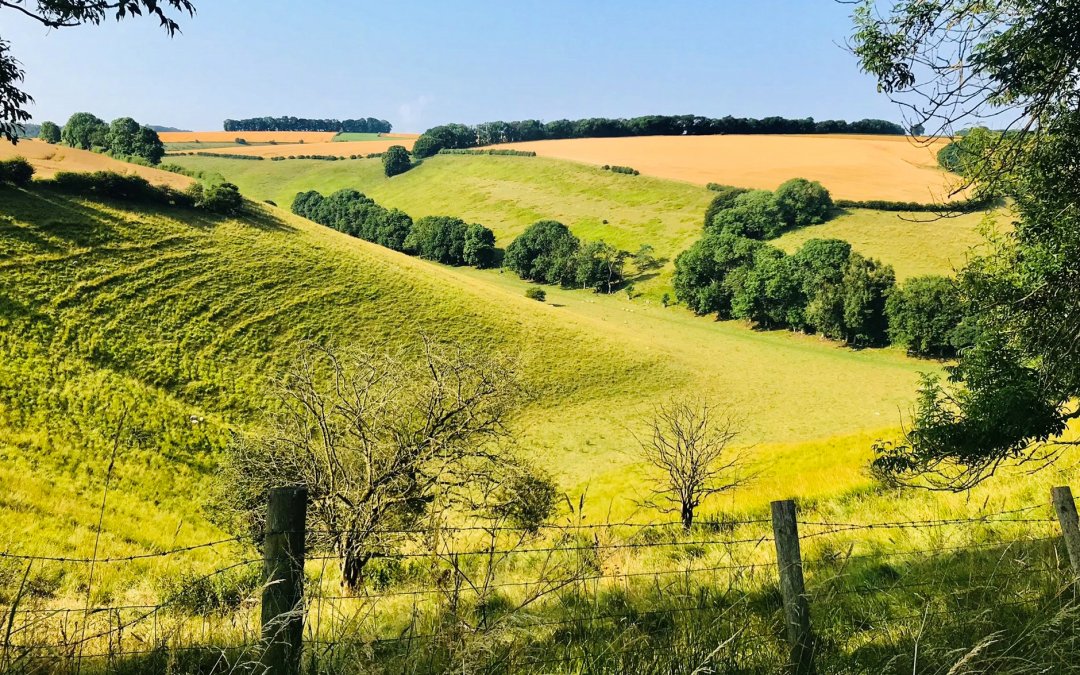 Even amongst people who love Yorkshire, the Yorkshire Wolds, southeast of York, is one of the least well known and least visited parts of our region. It is a very different and distinctive part of Yorkshire’s amazingly varied countryside, but one which may soon be hitting the headlines.

To some extent the process has already begun, thanks to England’s greatest living landscape painter, Bradford-born David Hockney, whose genius in capturing the Wolds landscape in a series of paintings and I-Pad drawings (many on display at Salts Mill in Saltaire) has brought the area to world attention.  So it is great news that Natural England, the Government agency for the countryside, following the influential Glover Report, has recently put The Yorkshire Wolds on a priority list for consideration as an Area of Natural Beauty, the second highest category of landscape designation in England and Wales. 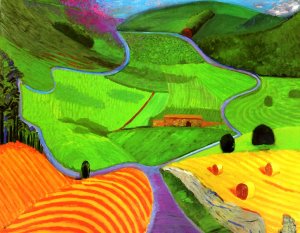 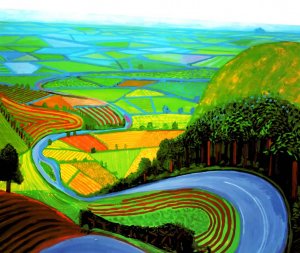 This is largely because of the area’s geology – chalk – the most northerly outcrops in Britain and second most-northerly in Europe.  A huge crescent of chalk hills stretching from the Humber almost to Filey Brigg, creates a very distinctive landscape of rolling upland, mainly arable land but crossed by ancient tracks and green ways, and deep, dry, grassy valleys many of which are now, thanks to the Countryside & Rights of Way Act 2000, now public access land.  There are also many fine walking and cycling routes. The area boasts one of Britain’s most popular National Trails, the Yorkshire Wolds Way, a 79-mile (127km) route between Hessle, near the Humber Bridge, to Filey Bigg, following the great escarpments overlooking the Vales of York and Pickering, but also including several High Wolds villages.  But there are also some magnificent stretches of coastline, including Filey Bay, Flamborough Head, and Bempton cliffs with its famous bird sanctuary.   It is an area rich in archaeology and local and history.

Most of the proposed AONB will be appropriately enough in modern East Riding, but with a narrow stretch in what is now North Yorkshire but formerly historic East Riding. However, the Wolds lie also on the backdoor of the city of Hull, whose cultural and economic influences  still dominate the Wolds today. For the people of Hull, the Wolds is a precious green lung.

Protecting this area from unsightly development and environmentally damaging will bring economic benefits top, as AONB will become an area known for sustainable forms of tourism – for walking, cycling, horse riding, nature tourism, bringing visitor and their spending power not only to village within the Wolds, but to the attractive peripheral market towns such as Pocklington, Market Weighton, Malton, Driffield and the jewel in the crown historic town of Beverley, but even the coastal resorts of Bridlington and Filey. 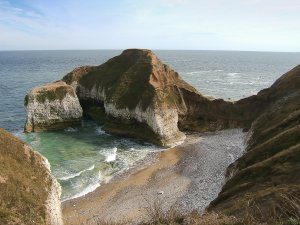 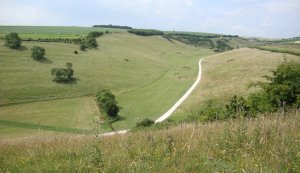 Creating the AONB will take months of consultation with landowners, farmers, local businesses, voluntary groups, public bodies such as parish councils, local authorities and national agencies. But the benefits of national landscape designation including the protection of nature,  will be enormous.

But a further exciting development for the Yorkshire Wolds but including an even wider area of East Riding including Holderness and the coast as far as Spurn point,  as well as part of the Derwent valley and part of the Vale of Pickering is the proposal for a UNESCO Geopark. Its working title (to avoid confusion with political boundaries) is The East Yorkshire Geopark.  This designation reflects all the many qualities that will go into the landscape protection of the AONB but will cover this larger area. It will also recognise the huge, internationally important educational value, in terms of geological science in particular, of the predominantly chalk landscape – the land formations including, the coastal cliffs and caves and constantly shifting coastline (the Wolds chalk actually goes underneath the glacial clay deposits of Holderness), the complex water and river systems including the ecology of the chalk streams draining what is one of the most northerly chalk landscape of Europe. But it will also include many crucial aspects of the cultural landscape of the Wolds, including the area’s rich archaeological heritage, a rich local history from the Romans to the Victorian and beyond, and the work of such influential writers as Andrew Marvell, Winifred Holtby and Philip Larkin.

Achieving UNESCO international status will require the bringing together of very significant research evidence to satisfy the UNESCO criteria. If successful the East Yorkshire Geopark would join other established Geoparks within the UK such as parts of The Shetlands, North Pennines, North West Highlands, the coast of Anglesey.

To achieve this status, a community led partnership, based in the area, is being established and is working with a variety of key organisations to harness the energy of the people of East Riding and beyond to create a dynamic new concept to protect a precious, living heritage in this wonderful part of Yorkshire. Further details at  www.eygeopark.wordpress.com.