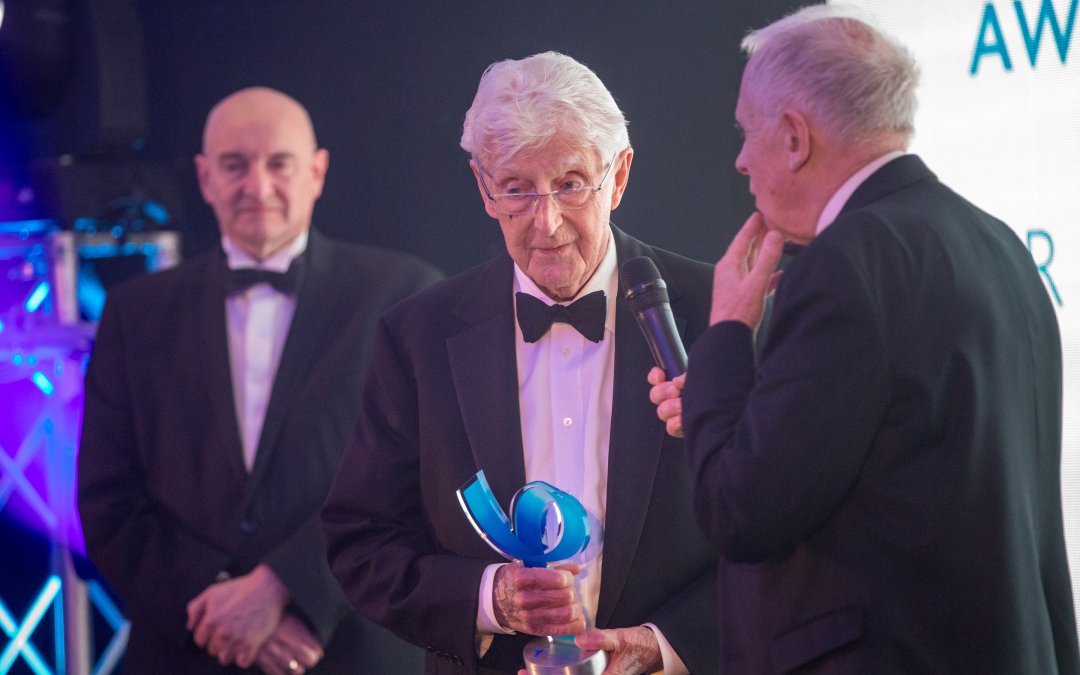 Sir Michael Parkinson was on fine form when he attended the 33rd Yorkshire Awards to receive the Lifetime Achievement award.

A five-minute standing ovation welcomed him to the stage where Harry Gration MBE, another former BBC legend, interviewed him on his life and career.

“I am chuffed to be recognised by the hardest judges of character and achievement in the world – my fellow Yorkshire men and women. It’s only taken me 80 odd years to finally impress them!” Sir Michael said.

Returning after a break of two years due to the pandemic, the Yorkshire Awards, organised by not-for-profit membership organisation The Yorkshire Society, honoured selected individuals and organisations with Yorkshire’s most prestigious award.

Other award winners were Kevin Sinfield OBE for the Man of the Year, Dame Linda Pollard for Woman of the Year, The Swift Group for Business Enterprise, Bex Wilson for Community Hero, Yorkshire Sculpture Park for Arts & Entertainment. Milly Johnson was presented with the Richard Whiteley award and a Special award went to The Yorkshire Regiment.

The evening however belonged to Sir Michael Parkinson whose voice, eloquence and shared memories brought tears to the eyes of everyone present. It was a genuinely memorable night and one that anyone there will remember with real Yorkshire pride.

The opportunity was not missed to raise funds for the recently launched Yorkshire Children’s Charity, and special mention was made of the situation in Ukraine, to whom unanimous support was given.

Planning for the 34th Yorkshire Awards, which will be held in March 2023 are now in hand. Nominations are welcome via the website of The Yorkshire Society https://theyorkshiresociety.org/yorkshire-awards/