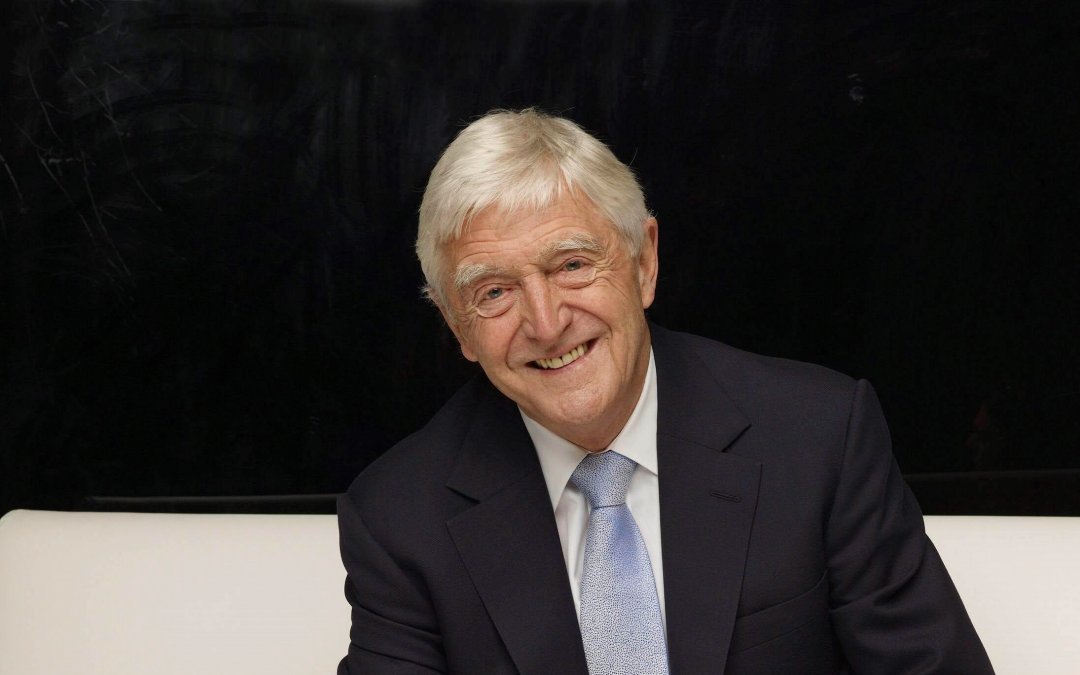 Award winning Journalist and broadcasting legend Sir Michael Parkinson will return to his homeland, Yorkshire, to receive a Lifetime Achievement Award from The Yorkshire Society at their prestigious Yorkshire Awards on 4th March 2022.

Sir Michael is best known for his talk show Parkinson, which ran from 1971-1982, and then again from 1998 – 2007.During this time Sir Michael, fondly known as Parky, interviewed over 2000 of the most famous people from all branches of the media, sport and popular culture including 4 infamous meetings with Muhammad Ali as well as launching the career of Billy Connolly. Along the way he won numerous awards including a BAFTA, several National Television Awards and finished with Parkinson being named in the BFI’s top ten British TV Shows of all time

Parky was born in Cudworth near Barnsley in 1935. The son of a miner, he attended Barnsley Grammar School and his passion and talent for cricket saw him opening the batting at Barnsley Cricket Club with the famous umpire Dickie Bird. However, his biggest stroke of luck was meeting a young teacher named Mary Agnes Heneghan on the top deck of a bus in Doncaster. The result was 60 years of marriage, 3 sons and 8 grandchildren.

In honour of his services to broadcasting Sir Michael received a CBE from Prince Charles in 2000, before being Knighted by the Queen in 2008 in the New Year’s Honours list.

As a proud Yorkshireman, it is hoped that this Lifetime Achievement Award from The Yorkshire Society will be even more valued than the many accolades he has already received.

Sir Michael, when asked about receiving the award said “I am chuffed to be recognised by my fellow Yorkshire men and women. Its only taken me 80 odd years to finally impress them!”

For details of the event and to buy tickets please visit the event page.