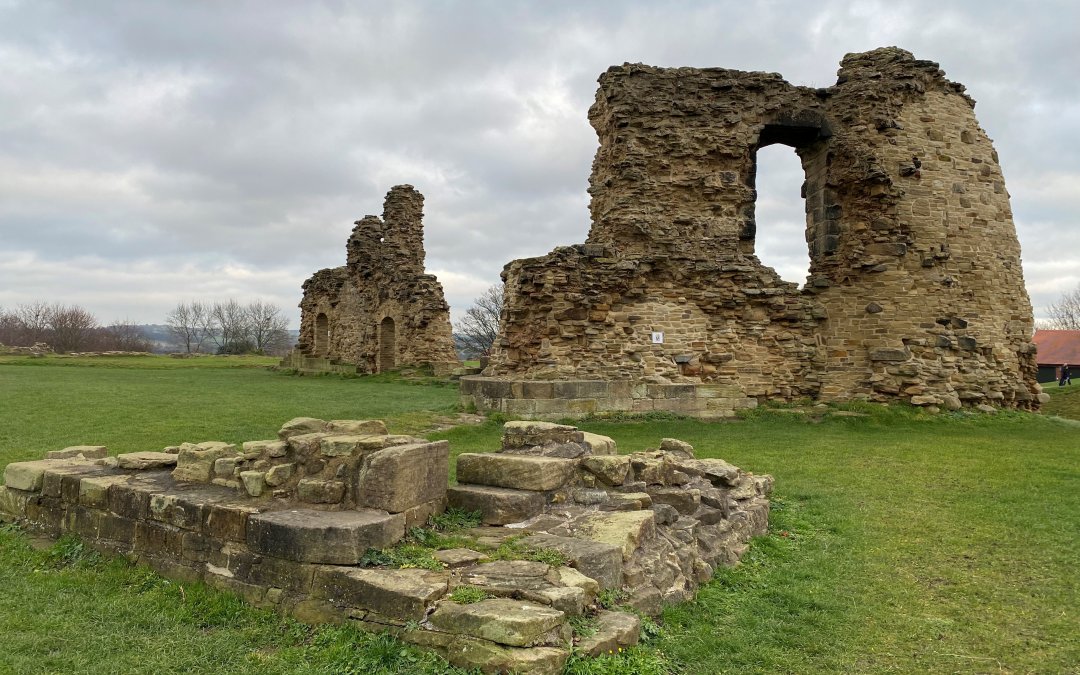 Sitting a few miles outside Wakefield are the ruined remains of Sandal Castle. There is not much of the stonework left but the moat and motte of the early motte & bailey castle are still clearly visible.

On my way back from a meeting at Nostell Priory, I travelled the short distance to the ruins to explore and take some photos.

The original castle would have been a wooden structure built on top of the artificial earthwork mound (the motte) with a wooden palisade surrounding it. It was built by William de Warenne who had received the Manor of Wakefield from the then king, Henry I in 1106.

There is not much evidence of the exact date of the stone castle, but there are some references to stone supply between 1270 and 1275, so it is known construction was occurring at this time.

The de Warenne family held the castle until 1361, but then Sandal Castle came back under royal ownership of Edward III. The castle passed to Edward’s son Edmund who was made the 1st Duke of York in 1385. The castle eventually came into the possession of Richard Plantagenet who became the 3rd Duke of York. 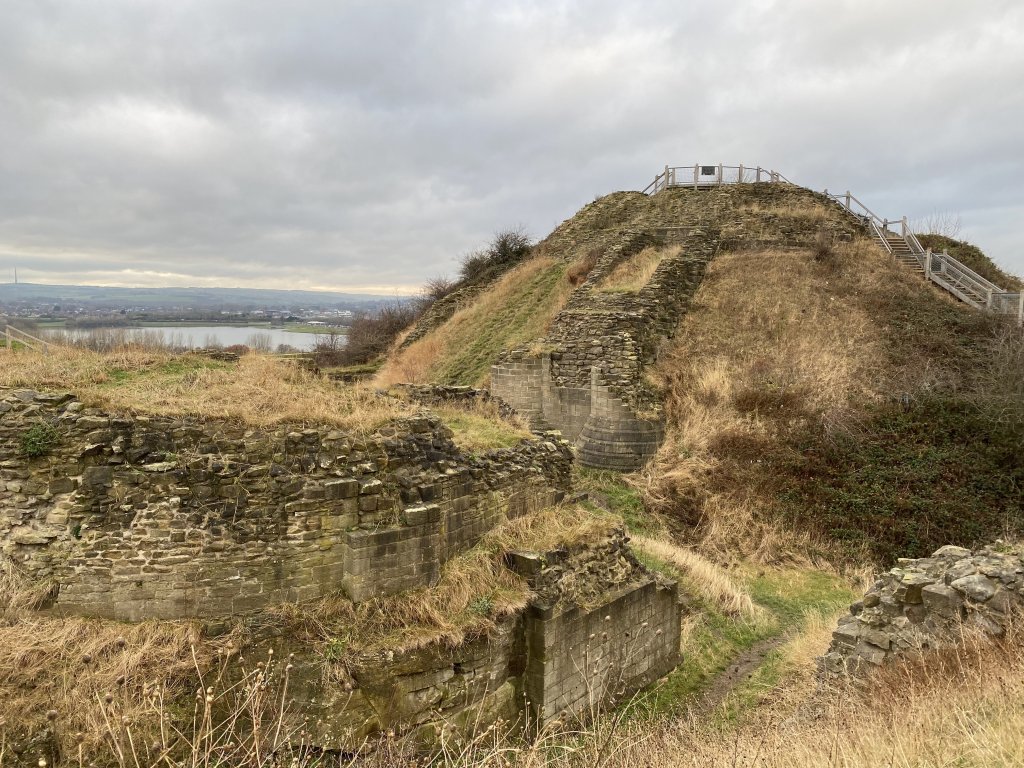 The Battle of Wakefield & The War of the Roses

In 1399 Lancastrian Henry Bollingbrook had overthrown Richard II and taken the crown, becoming Henry IV, the crown then passed to his son Henry V. Both were seen as effective kings but when the throne passed to Henry VI, his popularity dropped. He was a poor military commander, being responsible for numerous defeats abroad and he also suffered long bouts of mental illness.

During one of these bouts, Richard Duke of York served as Lord Protector, essentially  running the country whilst Henry was incapacitated. But in 1454 Henry VI recovered his senses and Richard found himself out of power.

In 1460, Richard – the Duke of York made a bid for the throne. Being a descendent of Edward III, he was recognised as a potential heir and moved to Sandal Castle to strengthen his position and to counter the descent of the Lancastrians.

Richard Neville, the Yorkist Commander and Earl of Warwick (known as Warwick the Kingmaker), captured Henry VI at the battle of Northampton, but failed to gain enough support to put Richard on the throne.  Although it was agreed that Richard Duke of York would become heir to the throne and Lord Protector again if illness returned.

Henry VI’s mother Margaret of Anjou, worried about her sons disinheritance raised an army in late 1460 and based herself at nearby Pontefract Castle. Whilst the sensible thing to do would have been for Richard Duke of York to see out Christmas at Sandal Castle and await re-enforcements from his son Edward’s army, his tactics were flawed.

In late December, a large force of Lancastrians mustered outside Sandal Castle. Instead of holding his position in the safety of the well-fortified castle, Richard and his troops left the fortress and engaged the enemy troops.

It is not known the reason for this decision, but it is believed he was tricked to thinking he was fighting a much smaller force. Once on the low flat ground outside the castle he was ambushed and he and his second son Edmund were slaughtered along with 3,000 men by a force three times the size of his.

As a further humiliation to the defeat, Richard Duke of York’s head was taken to York and put on a spike above Micklegate Bar (on what was known as Traitor’s Gate) with a paper crown. 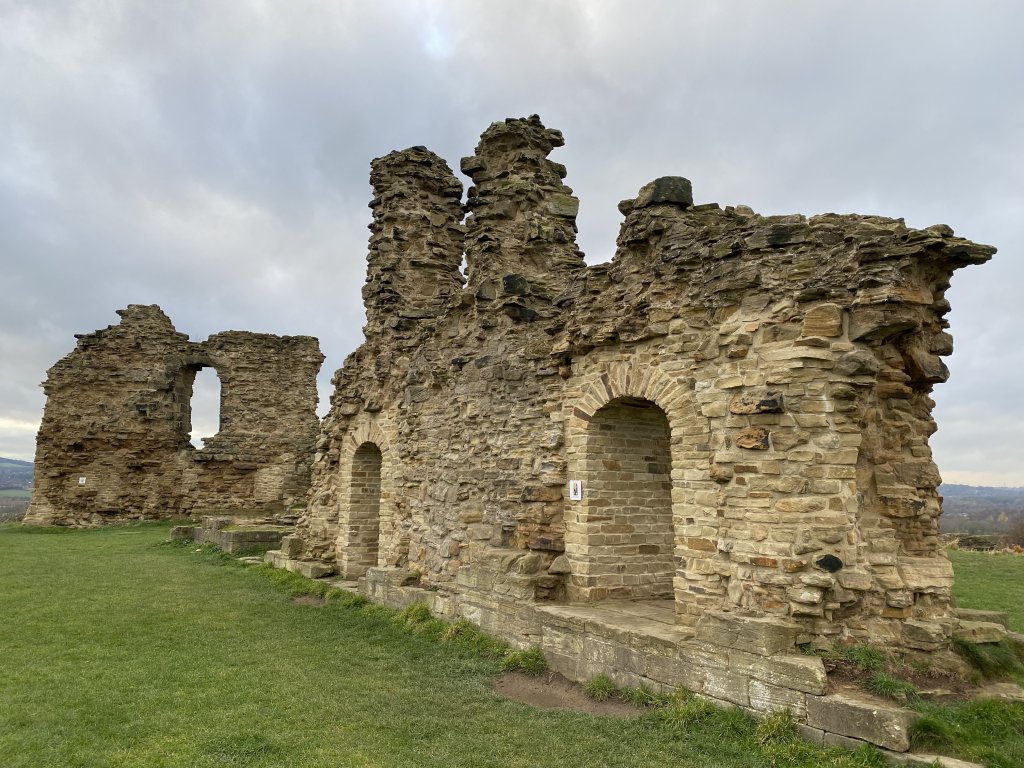 A nursery rhyme is born?

The famous nursery rhyme, The Grand Olde Duke of York is said to be based on Richard Duke of York and The battle of Wakefield, and to have been written to show the futility of war.

Oh, the grand old Duke of York,
He had ten thousand men,
He marched them up to the top of the hill
And he marched them down again.

It is worth noting other people claim the Duke of York in question was actually Prince Frederick, Duke of York and Albany and nothing to do with Richard – sadly we will never know!.

(As a footnote – Richard’s son Edward defeated Henry VI at Towton in one of the bloodiest battles ever held on English soil, regaining the title Duke of York as well as becoming the Yorkist King).

Eventually the castle came under the control of the final Yorkist King Richard III, who made substantial upgrades including the polygonal tower before his defeat at the battle of Bosworth to Henry VII.

During the Tudor period there are records that the castle was neglected and had fallen into disrepair, but during the English Civil War, it was re-fortified by Royalist troops as a garrison. It fell to the Parliamentarians pretty soon after, surrendering in October 1645. In 1646 under Parliamentarian orders, Sandal castle was slighted and stripped of its defences and quickly fell back into ruin.

The castle remained abandoned until Wakefield Council funded clearance and excavations of the site in 1964 and has since been a local historical tourist spot.

The main structures that can still be seen are some of the brickwork of the Grand Hall, the tall earthwork motte with evidence of the towers of the keep and a well tower. A bit of the gatehouse remains and the inner and outer moats.

There are interpretation boards around the castle and well defined paths and steps up to the keep.

Well worth a visit.