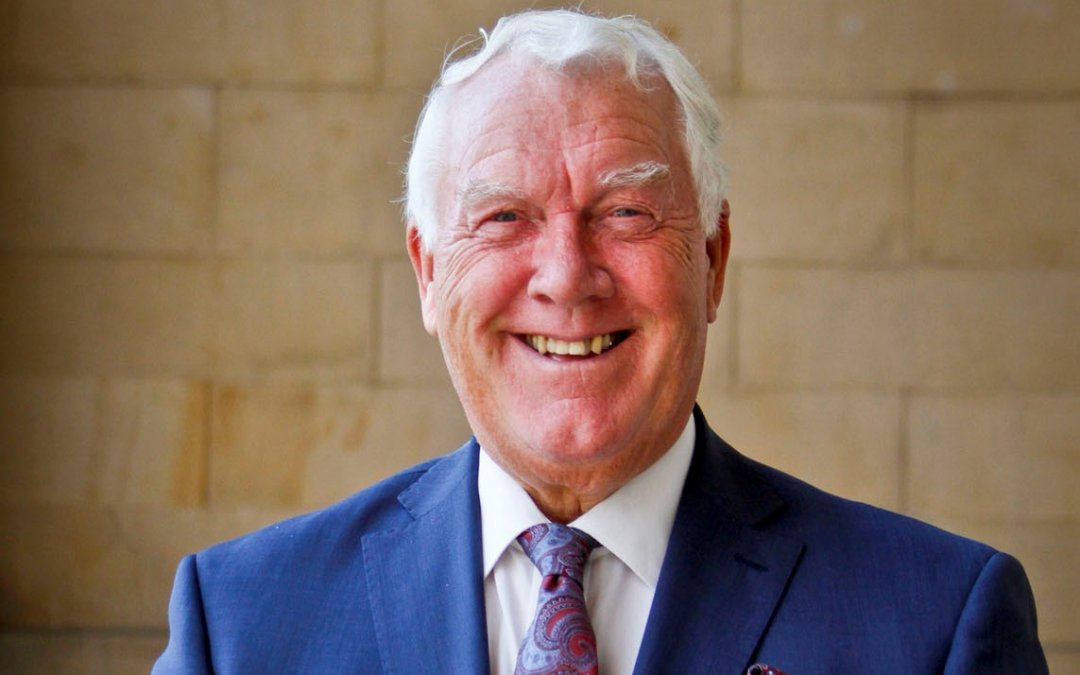 Chairman of The Yorkshire Society, Sir Rodney Walker, who is the chair of The London Marathon Charitable Trust has been awarded the Freedom of the City of London to mark his lifelong achievements in sports administration and charitable and cultural activities, particularly in his home county of Yorkshire.

Sir Rodney, who has been the chair of The Yorkshire Society since 2018 and The Trust since 2015, received the award during a ceremony held in the City of London’s Guildhall.

Sir Rodney said: “It’s an honour to receive the Freedom of the City of London, and something that has given myself and my family great pride. It’s been a privilege to work with sports clubs, governing bodies and charities across the UK, as well as organisations with a core focus of London, like The London Marathon Charitable Trust. Together, we’ve been able to Inspire Activity in every London Borough, creating healthier and happier communities, and I look forward to continuing this important work.”

Catherine Anderson, Executive Director of The London Marathon Charitable Trust, said: “All of us at The London Marathon Charitable Trust are thrilled to congratulate Sir Rodney on this wonderful recognition of his many achievements and his dedication to inspiring activity and tackling the many barriers that exist to accessing sport and physical activity. Sir Rodney has done so much for The Trust and for so many organisations like ours.”

Sir David Wootton, Deputy Chairman of the City Corporation’s Freedom Applications Committee, said: “We are delighted to have nominated Sir Rodney for the Freedom of the City of London. He has dedicated his life to sport and done so much to develop and enrich it. This is a fitting appreciation of his lifetime commitment to sport in London, nationally and in his native Yorkshire.”

Edward Lord OBE, Deputy Chair of the City Corporation’s Establishment Committee, said: “We are proud to nominate Sir Rodney and to recognise his contribution to sport and charity across the capital and the UK as a whole.

“The City has a long history of supporting sport, from running open spaces across London to funding projects through our charity funder, City Bridge Trust, and our support for London 2012 and other major events.

“And as we emerge from the pandemic, it’s clear that people appreciate more than ever the value of sport to health and wellbeing.

“I’ve seen Sir Rodney’s passion and commitment first hand and the key part he has played and I fully congratulate him on this award.”

As well as his position as chair of The Trust, Sir Rodney is also the current chair of the British Basketball League and has a long history in sports administration that includes being the chair of the Rugby Football League, Sport England, UK Sport, World Snooker and Wembley Stadium.

Sir Rodney was also the chair of the 2002 Manchester Commonwealth Games in 2013 and was invited by the Government to chair TDF 2014 Ltd with the responsibility for the organisation and allocation of £10 million of government money to assist with the organisation of the 2014 Tour de France Grand Depart in the UK. He has also been the chair of Wakefield Trinity RLFC, Leicester City FC, Brands Hatch and Donington Park.

In addition to his sports work, Sir Rodney has been a huge supporter and advocate of organisations in his native Yorkshire and in 2008 he was awarded the Yorkshire Man of the Year title.

He was also awarded the Freedom of the City of Wakefield in 2012 in recognition of his services to the city, sport and businesses and for leading campaigns which have raised an estimated £40 million for good causes.