The story of the Yorkshire Rhubarb Triangle 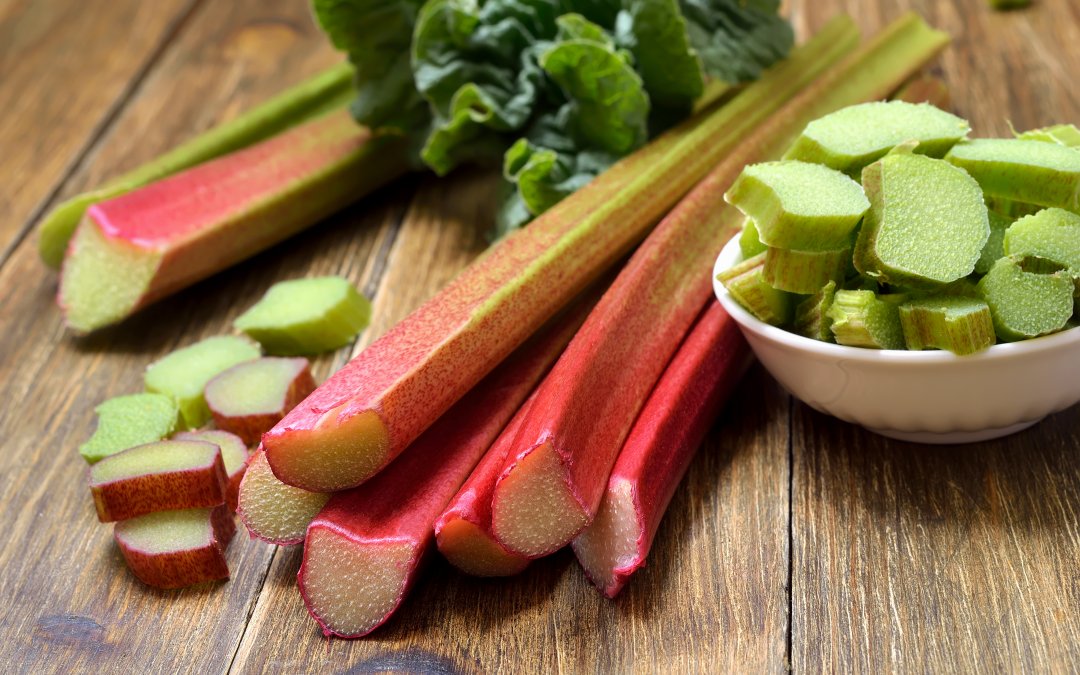 Once again, it’s that time of year when Rhubarb features on the menu again. But its not just rhubarb crumbles or pies, Chefs are now using rhubarb in many more innovative ways – rhubarb cheesecakes, rhubarb scones, as accompaniment to pork and even rhubarb gin!

It started to become a popular ingredient in the late eighteenth century in England and has remained a British favourite ever since – but did you know that most of the rhubarb eaten in Britain is actually grown in Yorkshire?

A 9 square mile area of West Yorkshire has now become known as The Rhubarb Triangle – the three corners of the triangle roughly equate to Leeds, Bradford and Wakefield. Here rhubarb is grown in special sheds in a process known as “Forcing”.

The process of forcing of rhubarb was discovered in Chelsea in 1817, when some roots were covered with manure over winter and it was noticed new tender shoots appearing which were tastier than anything grown before. This lead to the Whitcliffe family of Leeds starting the first mass market commercially growing of rhubarb in 1877, erecting special sheds to grow rhubarb out of season.

West Yorkshire has ideal nitrogen rich soils for the growing of rhubarb root systems, and after the success of the Whitcliffe family business at one point Yorkshire had over 200 rhubarb growers.

The success of the rhubarb industry in Yorkshire meant a whole transport industry set up around it – with special trains leaving nightly to ship large valuable cargo’s of rhubarb down to the old Covent Garden Market.

As Rhubarb originates from Siberia it needs cold weather to grow and the area where the Rhubarb Triangle is based on the edge of the Pennines is in what is known as a “frost pocket”, again which helps make the area ideal for rhubarb cultivation.

Rhubarb is still started off outside, but at two years old it is brought into the forcing sheds and left in the dark. This encourages tall, strong, straight stems with smaller leaves (which is good as their leaves are toxic).

The rhubarb in the potting sheds is actually grown in the dark and harvesting is done candlelight. Having been lucky enough to have visited one of these forced rhubarb operations whilst training as a guide – it is quite a surreal experience, as you can actually hear the squeak of the rhubarb growing!

There was a dip in the popularity of rhubarb during the second world war when sugar was rationed an the sharp taste of rhubarb without sugar meant it fell off the menu for many.

There are not as many mass producers of rhubarb in West Yorkshire as there used to be, and that can be put down to the overseas imports of new tropical fruits from overseas. But it is still a large industry for the area and the childhood nostalgia of rhubarb crumble and lumpy custard as well as celebrity chefs creating new innovative recipe’s means the Yorkshire Rhubarb Triangle remains firmly on Yorkshire’s food map. The forcing sheds even have a small tourism industry centred around them and every year Wakefield hosts a popular Rhubarb Festival.

This article was written by Society member Tim Barber from Real Yorkshire Tours – there are more articles on Yorkshire to be found on his blog HERE.