The Yorkshire Society gets behind the Barry Hines statue project. 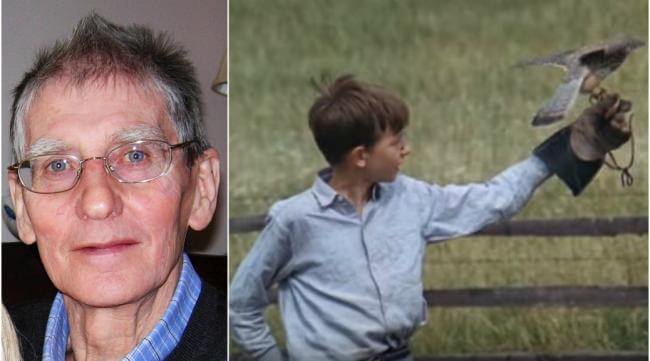 When one of Yorkshire’s best loved authors gets in touch, asking for help to recognise the life and work of one of the county’s most important writer’s of recent times, you take notice.

Milly Johnson contacted the society with news of an appeal to raise funds for a statue to the late, great Barry Hines, and since the stated purpose of The Yorkshire Society is ‘to celebrate and promote everything that’s great about Yorkshire’ it was a no-brainer.

As Milly said, “Barry was a terrific writer – and an inspirational teacher. He wrote some amazing works, Kestrel for a Knave being his most famous novel. Sadly he died in 2016 terribly ravaged by Alzheimers – a very cruel disease”.

Barry Hines (b. 1939) was born in the mining village of Hoyland Common, near Barnsley, South Yorkshire. Leaving Ecclesfield Grammar School without any qualifications, Hines worked as an apprentice mining surveyor for the National Coal Board before entering Loughborough Training College to study Physical Education. Working as a teacher in Hoyland Common, he wrote novels in the school library after work, later turning to writing full-time.

If ever there was a working-class hero of Yorkshire, Barry Hines was it, and The Yorkshire Society is pleased and proud to be involved with the BARRY HINES STATUE PROJECT. With a target of £120,000, the appeal has already raised £20,000, so there’s still a long way to go. But there is cosniderable support from the public that Barry so clearly influenced, and the media and celebrities he so obviously impressed.

Another renowned son of Yorkshire, scultor Graham Ibbeson has agreed to create a fitting statue of Barry, which will be placed in his home town of Barnsley.

To make an immediate donation direct to the project please click here. The society will be initiating other fund-raising activities in due course.