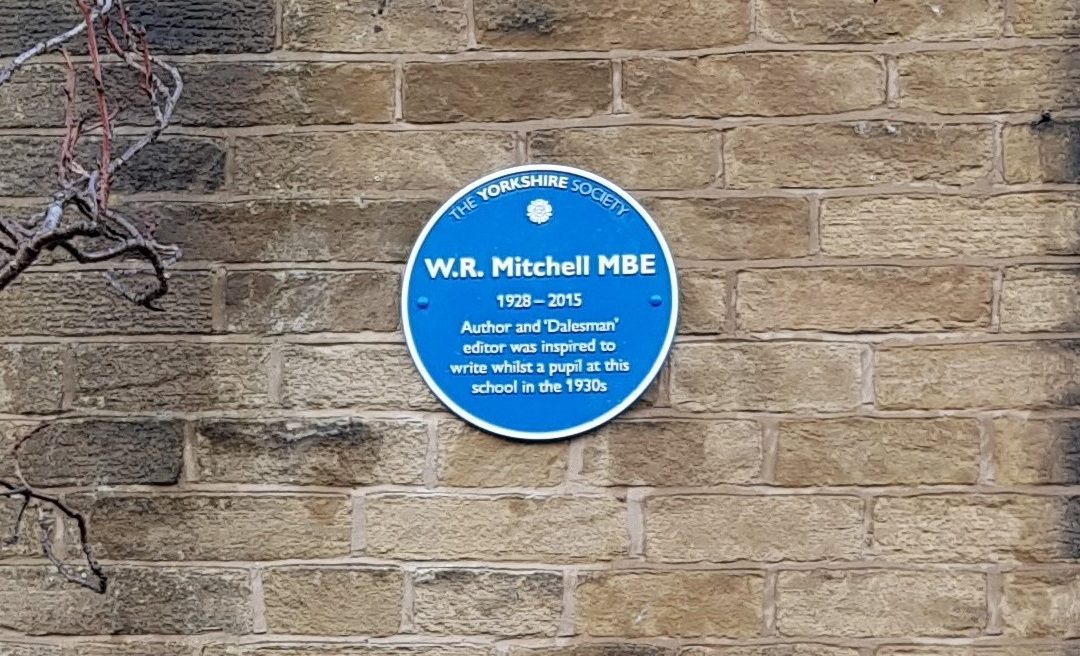 Despite the weather, there was a great turnout to watch BBC political correspondent, Chris Mason, unveil our first blue plaque for W R Mitchell MBE.

The plaque, made in Whitby, is built to last and made of cast iron with hand-painted lettering. It’s home now, and for a long time to come, is Skipton Parish Church C of E (VC) Primary School, Brougham Street, Skipton.

Mr Mitchell’s son and daughter, David and Janet, were with family, friends, colleagues and a number of Society members to see the unveiling whilst inside the school’s pupils prepared for the special assembly that followed.

The family’s nomination of ‘Bill’ Mitchell was accompanied with the following justification:

“My father dedicated himself to writing about Yorkshire for over 60 years. He was editor of the Dalesman for twenty years and wrote over 200 books as well as hundreds of articles. He delivered innumerable talks and conducted countless interviews with Yorkshire characters. Many are contained in the WR Mitchell Archive, available online. Yorkshire TV marked his retirement with a programme about his life, narrated by Alan Bennett. He received an MBE in 1996 and was made an honorary Doctor of Letters by the University of Bradford. He was the first patron of the Yorkshire Dales Society. September 2009 saw him voted ‘Greatest Living Icon’ for the Yorkshire Dales National Park. In April 2014 he was voted 33 in a poll to find the 75 Greatest Icons of Yorkshire. Much, much, more is covered in his Wikipedia entry. There cannot be many parts of our great county that haven’t been touched by his magical presence. My sister and I are very proud of him”.

The plaque carries the inscription “W R Mitchell MBE 1928-2015 Author and ‘Dalesman’ editor was inspired to write whilst a pupil at this school in the 1930s”. 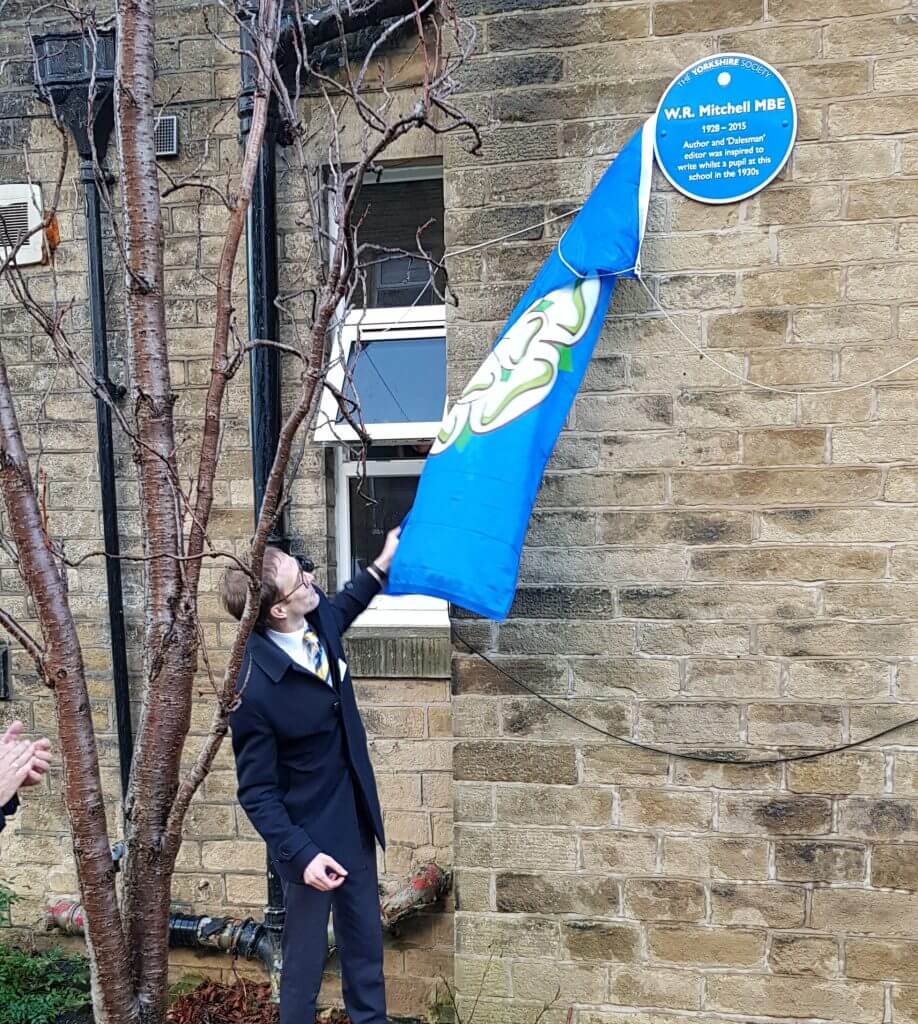 Chris Mason’s parents were both teachers at the school and first met there, he said “What an extraordinary privilege to be invited to Parish Church School to celebrate an incredible Yorkshireman and journalist. To doff my reporter’s hat in Bill’s direction, at the school where my mum and dad met and where my dad spent his entire career is really, quite something. Thanks for having me.”

The Society encourages nominations from the Yorkshire public for worthy recipients for plaques. Details and the nomination process can be found here.