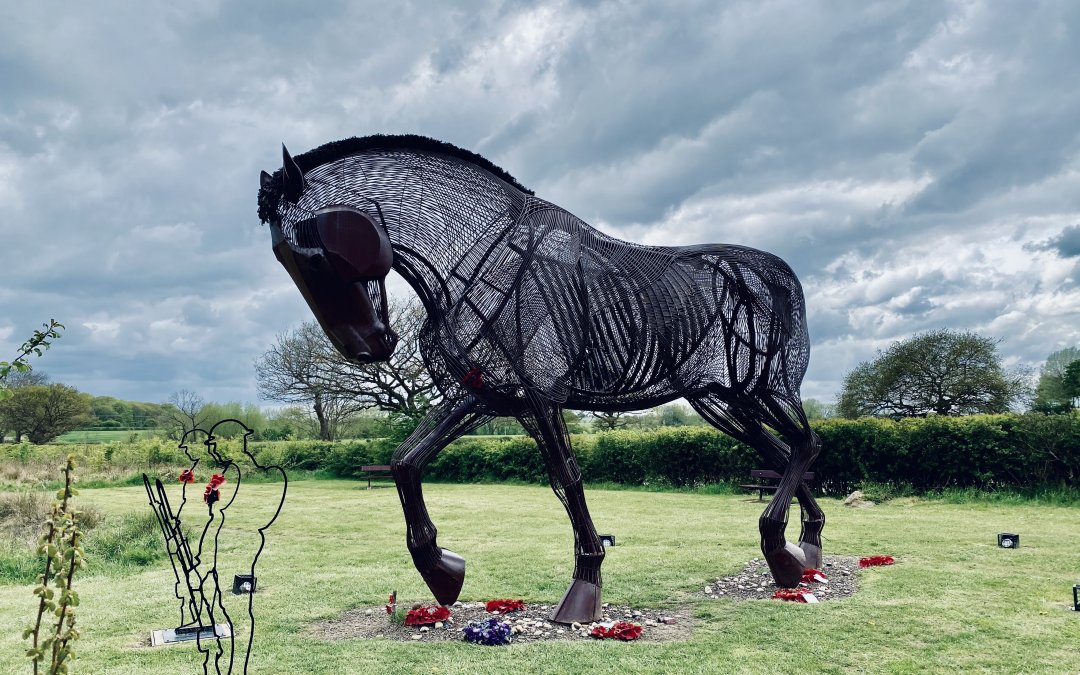 On my way to do an interview with Farmer Copley’s Farm, one of the few places in Yorkshire to still grow liquorice, I passed a huge statue of a horse at Mill Pond Meadow on the outskirts of Featherstone.

Intrigued, I parked up at Featherstone Lions ARLFC to take a closer look. From the car park (Postcode WF7 5DE if you want to visit) it is a short 5 minute walk to the site.

The statue is called ‘War Horse’ and it was erected in 2018, the year which marked the centenary of the end of the First World War. The artwork commemorates the 353 soldiers from the town of Featherstone who lost their lives. Both residents and the council felt it was important to embed remembrance into the heart of the community.

The full title of the piece is “War Horse, A Place of Peace to be Together”. A grant of £50,000 was given by WRENs Community Action Fund to make the project possible.

WREN are an interesting not-for-profit organisation that awards grants for community, biodiversity and heritage projects from funds donated by FCC Environmental through the Landfill Communities Fund.

The project’s origin started from a book “Featherstone in the First World War”, which had involved research and school engagement in the locality. This progressed to the community wanting to build something permanent to act as testimony to the communities’ lost heroes. 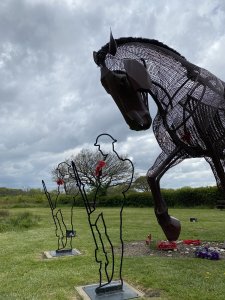 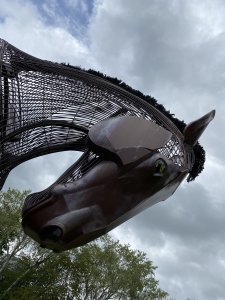 The memorial sculpture is situated on the site of the local nature reserve called Mill Pond Meadows, which was felt the perfect spot to create a place of peace, remembrance and reflection.

Firstly, 353 trees were planted in rows to represent all the people who had lost their lives. The horse which faces the memorial trees is 20ft tall and is built of steel. It was designed by Bristol artists collective – Cod Steaks (strange name I know!). Before reaching its new home, the horse was taken on a 200 mile tour around the country.

Featherstone Councillor Graham Isherwood described it as “our Angel of the North” and having seen the piece I can agree that this impressive work certainly makes its mark on the landscape. A fitting tribute to Featherstone’s First World War fallen.