What’s in a name? Are we happy to be called Tykes?

A familiar name for a Yorkshireman (but strangely, not usually for a Yorkshirewoman) and which is still often used by people from other areas of England, most especially Lancashire, is a “Tyke”.

So what does the word Tyke actually mean?

Like many words in Yorkshire and Northern dialect it originated from Old Norse tika where curiously enough, for its present gender orientation, it meant a female dog or bitch – especially a mongrel good at catching rats.

But it came to be used in medieval times for a  naughty or mischievous boy or urchin. Over the years, certainly by the 17th and 18th centuries, its meaning became more localised to include not just the inhabitants of Yorkshire but also from Tyneside. A Tyke was rough, unkempt, combative but also sly, shrewd, and  careful with money (another alleged Yorkshire attribute) – a tight Tyke.

Certainly by the 19th and 20th centuries it was more often used for inhabitants of industrial Yorkshire, especially the old West Riding and frequently for the horny-handed sons of toil from the mines, forges and mills that for many decades were the wealth creators of Victorian and Edwardian Britain.

To be a True Tyke you had to be born in Yorkshire but you could be an adopted Tyke if you lived here long enough though not eligible to play (until relatively recently) for Yorkshire County Cricket Club.

Even Yorkshire dialect sometimes became known as Tyke – and if you spoke with a strong Yorkshire accent, and used the dialect of your part of Yorkshire, you would be accused of “Talking Tyke”. A notable book by Austin Mitchell and Sid Waddell published in 1971 was entitled Teach Thissen Tyke – a beginners’ guide to the language of God’s Own Country.

By this time, a new sense of pride had long found its way into the White Rose Country. Leeds University Students Rag Week magazine, filled with schoolboy rude jokes and cartoons, as early as 1927, called itself The Tyke magazine, with subsequent editions simply called Tyke or Tyke Leeds Rag. Bradford CAMRA Real Ale group’s magazine is proudly known as the Tyke Taverner, whilst Tykes’ Stirrings is the quarterly magazine of West Riding folk musicians, song and dance groups “read by people as far afield as the US and Australia; even by one or two in Lancashire”.

Leeds Carnegie Rugby Club has recently re-named itself the Leeds Tykes, and there is a Yorkshire Tykes Angling Club.

So, is the word “Tyke” now respectable? Well, not quite. Tyke still has associations with alternative, subversive and rebellious ideas and lifestyles, cocking a snoot at the establishment, hierarchies and formalities, and if no longer associated with flat caps, clogs and traditional working class values, then with allotments, green ideals, tramping nearby moors, and real ale.

What does the word Tyke mean to members of the Yorkshire Society?

Something to celebrate or be proud of – or a not to flattering relic of the past? Should “Tyke” be brought back into more regular use for us folk of Yorkshire? Or not?

Are we happy to be “Tykes”?

We’d love to hear your views. 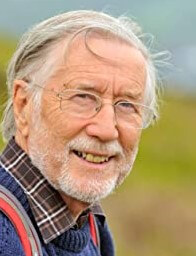