Guru Nanak Dev Ji Maharaj, founder of the Sikh faith advocated for a sense of ‘duty’ and ‘way of life’ that all Sikhs should aspire towards. These are enshrined in his principle three teachings: Naam Japna (recitation of God’s name), Kirat Karna (earning an honest living), and Vand Chakana (selfless service and sharing). This way of life is further guided by the notion that the one supreme reality – Ik Onkar – resides within all of God’s creations.

And as folk in Yorkshire truly believe, Yorkshire is a county whose embodiment is of God’s own creation. Its natural beauty and character is one of awe and inspiration.

The first Sikh settlers in Yorkshire were invited from the African and Indian subcontinent to form part of the labour workforce to help rebuild the UK, after the devastations of World War II. Many settled in northern industrial towns and cities, such as Doncaster, Bradford and Leeds, where mills provided the main source of employment. Sikhs embodied the true Yorkshire spirit by displaying grit and determination in all their endeavours in a pertinent effort to want to contribute and make a difference in society.

The Sikh core practices and workings were also reflective of the feminist movement in Yorkshire at that time, which was one of promoting equal opportunities for women. The embodiment of using ‘Kaur’ (Princess) within all female names illustrated a forward-thinking religion which helped to successfully integrate Sikhs into the Yorkshire communities.

Integration, it must be said, has not forgone the loss of religious beliefs and values with many Sikhs continuing to wear the 5Ks – symbolic features all practicing Sikhs must adhere to. The community today is successfully integrated into Yorkshire society, and this is evidenced by employment, education, social and cultural adaptation. There was and continues to be a natural fit for Sikhs to reside in Yorkshire due to values of respect, tolerance, equality and justice for all.

Sikhs are recognised warriors; traditionally renowned for their bravery as well as compassion, their ‘never surrender’ attitude as well as the unbreakable comradery experienced on the battlefield. These sentiments are mirrored across their contribution in sport, notably in Yorkshire. From grassroots through to professional performances, the passion and love for sport by Sikhs, across all age groups, are a recognition to the Yorkshire way of living. ‘Work hard, play harder’. As a way to unwind and release, you’ll most definitely find a local Sikh in the cricket team typically practicing their spin and cover drives, perfecting the aptly name ‘Indian dribble’ in hockey or making crunching tackles in rugby – which is similar to kabaddi, played prominently in Punjab.

Culturally there is a lot to be said about the similarities between both the people of Yorkshire and Punjab. Firstly, we both are loud, passionate, brash and dare I repeat it again, proud. It is this pride that sets Sikhs apart from many other faiths. As Yorkshire raises its white rose with majesty, Sikhs also raise their beloved Nishan Sahib at the top of every Gurdwara (Sikh temple) or prominent building to achieve the same sense of pride. The Nishan Sahib, which is triangular in shape and has two basic colours ranging from yellow to deep orange, and royal blue to a grey blue, encompasses a Khanda (Sikh coat of arms) in its centre. 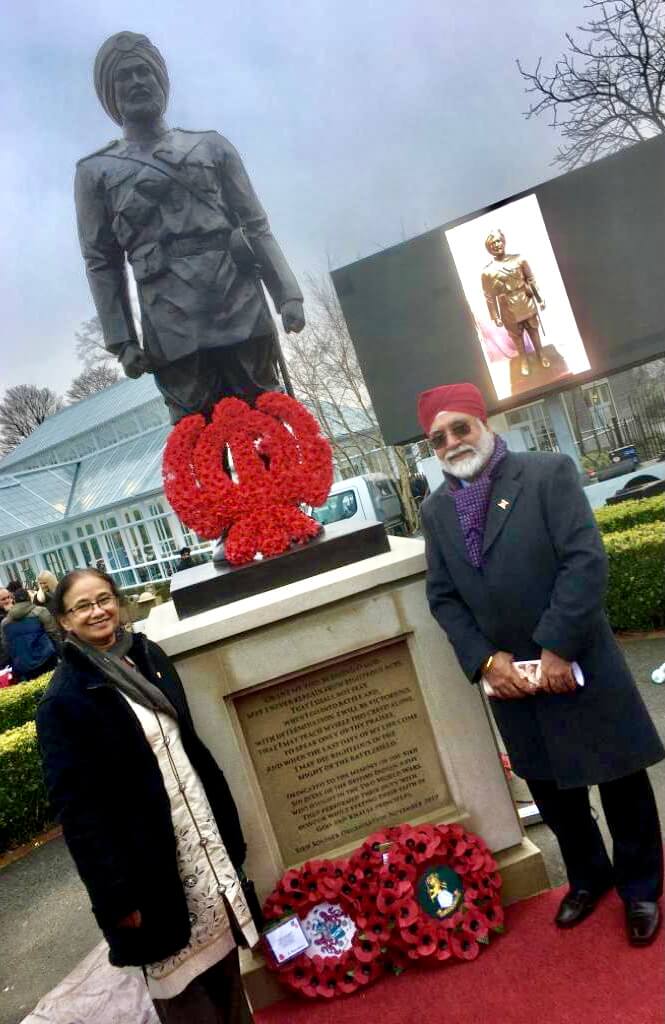 The recognition and appreciation for the contribution of Sikhs in both world wars culminated in the unveiling of a six-foot bronze statue in Huddersfield in 2019. It is a poignant reminder that there were over 83,000 Sikhs who sacrificed their lives to uphold justice and fight tyranny across two world wars, with a further 109,000 injured. I, alongside the thousands of other Sikhs residing in Yorkshire, find pride, humility and appreciation of our long withstanding relationship with the British Army, which has lasted over 250 years. The grand monument sits on a plinth of Yorkshire stone, bringing together an everlasting bond between the people of Yorkshire and the Sikh faith. 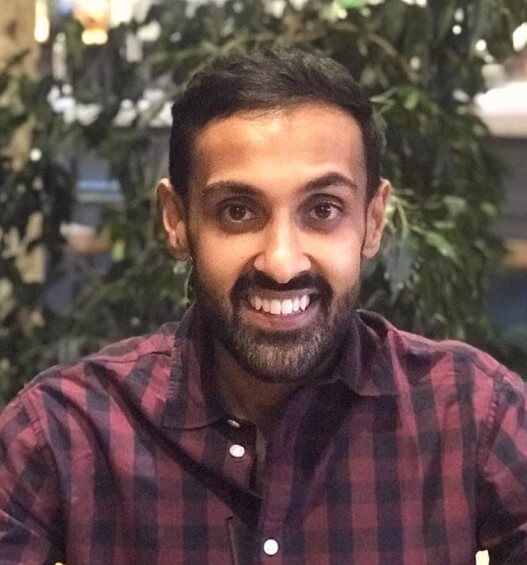 This article was provided by Jagjit S. Chaggar on behalf of his father, Baldev, a proud resident of Keighley.