Why we must treasure the green lungs of Yorkshire

Our protected landscapes are of huge economic as well as environmental importance to the people of the region, and indeed of the UK. We should therefore treasure and protect them, at all costs, and here’s why.

Yorkshire has more protected landscape than any other region of England, much of it of international importance. Not surprising perhaps, since it is the country’s largest county, and in many ways much more than just a county.

Yorkshire has two National Parks and two Area of Outstanding Natural Beauty (AONB) almost entirely within its boundaries, and a third National Park and third AONB partly within its present and historic boundaries. And let’s not forget that Yorkshire also has three magnificent sections of Heritage Coast and a further 14 National Nature Reserves managed by Natural England.

The one major, distinctive landscape of Yorkshire which does not receive any statutory protection is the Yorkshire Wolds. Unlike the less dramatic Lincolnshire Wolds it is not an AONB, despite its rich geology and many special scenic qualities including the Yorkshire Wolds National Trail, the Humber Estuary and the magnificent Flamborough Cliffs – some of the finest chalk cliffs in the British Isles and maybe Europe. However, there are moves to create a UNESCO registered Geopark in the Wolds and Holderness area, offering it some well-deserved status. 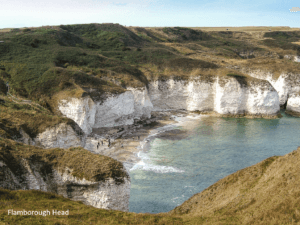 THE SIGNIFICANCE OF YORKSHIRE’S PROTECTED LANDSCAPES

All three national landscape designations provide a degree of protection from urbanisation and development.  The three National Parks are managed by  independent Park Authorities, separately funded by central Government  consisting of national and local representatives. They have the prime duty to protect and manage the natural, built and cultural environment of the area, but also to enable appropriate quiet outdoor enjoyment with a stress on both understanding and education (with key National Park Centres and a ranger service) – as well as encouraging active, non-mechanised modes of recreation such as walking, cycling,  climbing, canoeing, potholing.

The Yorkshire Dales is notable for its outstanding limestone scenery and cave systems and the North York Moors for its extensive heather moorland and magnificent coastline, including the highest cliffs in Britain. 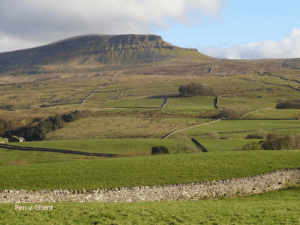 AONBs, managed by their parent local authorities, have similar objectives but with less stress on visitor management and education, and far less resources, but this may change as a result of the 2019 Glover Report which could see them renamed as National Landscapes. Their importance lies in their protection of natural beauty which is increasingly seen in terms of its roles as important reservoirs of biodiversity – plant species, birds and small mammals – and spectacular geology. However, increasingly, the upland and moorland areas are highly valued not just for water catchment for our towns and cities, but as areas of carbon catchment and water retention, especially on peatland. Both relate to the need to manage the uplands to mitigate the impacts of climate change – to retain carbon but also to reduce the speed and erosive flow of streams and rivers from the Pennines and Moors during increasingly frequent weather events. Such storms have resulted in the catastrophic flooding of towns and cities in the region, with town and villages in the Calder, Lower Aire, Swale, Derwent and Ouse valleys, and cities of York, Sheffield and Leeds being at particular risk.

In addition, all these areas contain a rich human dimension, both in terms of archaeological remains dating back to Bronze and Iron Age times, and a cultural and vernacular architectural heritage dominated by an upland farmed landscape of small enclosures, scattered woodland, isolated barns and traditional farm houses.

But it is for their tourism and recreation value that the protected landscapes have made the greatest and most immediate impact on the region, drawing many millions of visitors to the rich cultural landscape of the Dales, Moors, Pennines.

All three National Parks, and both Nidderdale and Forest of Bowland Areas of Natural Beauty have extensive open countryside – moorland, including fine areas of heather moorland – which are open for public access with an extensive network of public footpaths and bridleways, which are also highly attractive for cycling and horse riding. In addition, the Yorkshire Dales contains some of the finest areas for caving and potholing in the British Isles. All these protected landscapes, and also the region’s National and local Nature Reserves, with their rich biodiversity, are increasingly valued for Nature Tourism – in particular botany and ornithology.

With its outstanding geological interest and unique to any region of Britain, Yorkshire exhibits an almost full spectrum of geological strata. From the earliest pre-Cambrian rocks in the western Dales to the more recent Cretaceous (chalk) of the Yorkshire Wolds – Yorkshire’s protected landscapes represent a hugely important scientific and educational resource.

Together with the historic towns, most notably York, Harrogate, Scarborough, and Beverley, the landscapes of Yorkshire have become world famous, an awareness increased by the use of the landscape as locations of countless films and television series and more recently the televised Tour de France and annual Tour de Yorkshire cycle races. 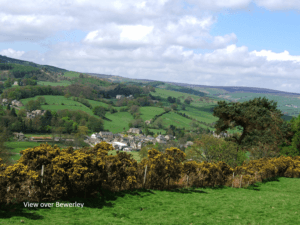 Perhaps less well understood is the value of Yorkshire’s iconic landscapes to the region’s economy. For both smaller and larger businesses, and industries in the major cities of the region, such as Leeds, Bradford, Sheffield, York and Hull, the magnificent countryside on their doorstep is a natural weekend and staycation holiday retreat for both employees and customers. Parts of the Peak District lie within Sheffield, and the Yorkshire Dales National Park and Nidderdale AONB are adjacent to the boundaries to both Bradford and Leeds.

This makes our region one of the finest parts of the British Isles in which to live and work, or to locate a new and expanding business.