Why Yorkshire is more than just a county 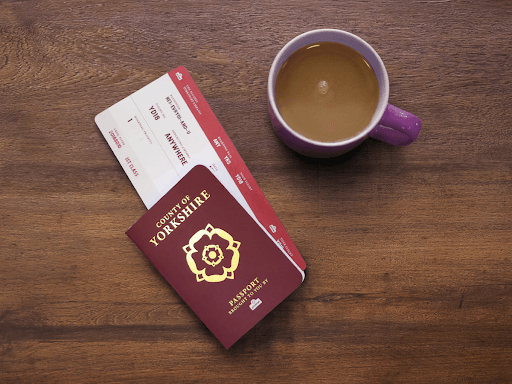 Though frequently used, it is not strictly correct to describe Yorkshire as a County.

What is now Yorkshire was more or less the southern part of the Saxon Kingdom of Northumbria, which was conquered and occupied by Norse (Danish) invaders in AD 875. They established Jorvik as their capital and so it remained until the death of the last Viking King, Eric Bloodaxe, in AD 954, when the Saxons re-absorbed the kingdom into England.

Though relatively brief those 80 or so flourishing years of the Kingdom of Jorvik were hugely important, in terms of this independent Kingdom becoming a major cultural and trading centre – part of Danelaw, that part of England in which the laws of the Danes held sway and dominated those of the Anglo-Saxons.

This period had a huge influence on Yorkshire’s subsequent history, reflecting the scale of Norse settlement and linguistic domination at the time. The heritage in terms of dialect and place names that survives in the cultural make-up of the local population to this day. 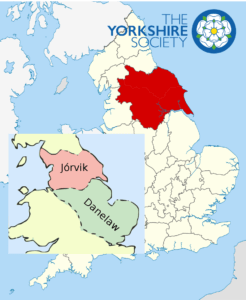 To cope with this huge area of northern England, Jorvik had three divisions or “Skirs” for administrative purposes – the Thriddings or Three Ridings, with York as their capital and administrative centre.  York was England’s second city at the time, a pre-eminence which remains to this day in ecclesiastical terms, with York’s Archbishop being second only to Canterbury’s.

Local government at the time remained in the system of Norse with land divided into “Wapentakes” – administrative divisions corresponding to the Hundred units of southern (Saxon) England.  A Hundred consisted  of 100 “hides” of land; a hide traditionally corresponding to the amount of land sufficient to feed a family (and in later times four families).

Once a month each owner of a Hide had to turn up to a gathering – literally take their weapons as an act of loyalty – in what were simple courts, traditionally at an ancient oak tree (or Skyrack). It was a sort of primitive democracy, if not quite local Government, to resolve disputes and maintain order.

It was during these middle ages, at least in England, that Counties become established as a unit of local government. The counties in Saxon and later Norman times had their Earlds, who were also major landowners and administrators of local justice. Yorkshire had its single Duke of York – traditionally the second son of the monarch. But notably, he was the Duke of York and not Yorkshire.

The role of Counties was primarily legal. A Lord Lieutenant was appointed to represent the King and a Sherriff was there to ensure law and order. Tellingly, Yorkshire’s three Ridings each had their own Lord Lieutenant, which is an indication of each’s full, independent county status.

Today, we like to consider the three Ridings (or counties) and York as a single place with a single word to describe it – Yorkshire. But if the three Ridings are effectively counties then the collection of them and their capital, York, must be more than just a county.

One thing is for sure. Yorkshire deserves a ‘bigger’ title given is size and scale. The Yorkshire Society calls it a ‘region’ but it could also be a province or, given its history, a kingdom.

No wonder we’re all so proud to be Yorkshire and that we have The Yorkshire Society, a not-for-profit organisation, to celebrate and promote it. It’s free to join and everyone is welcome.