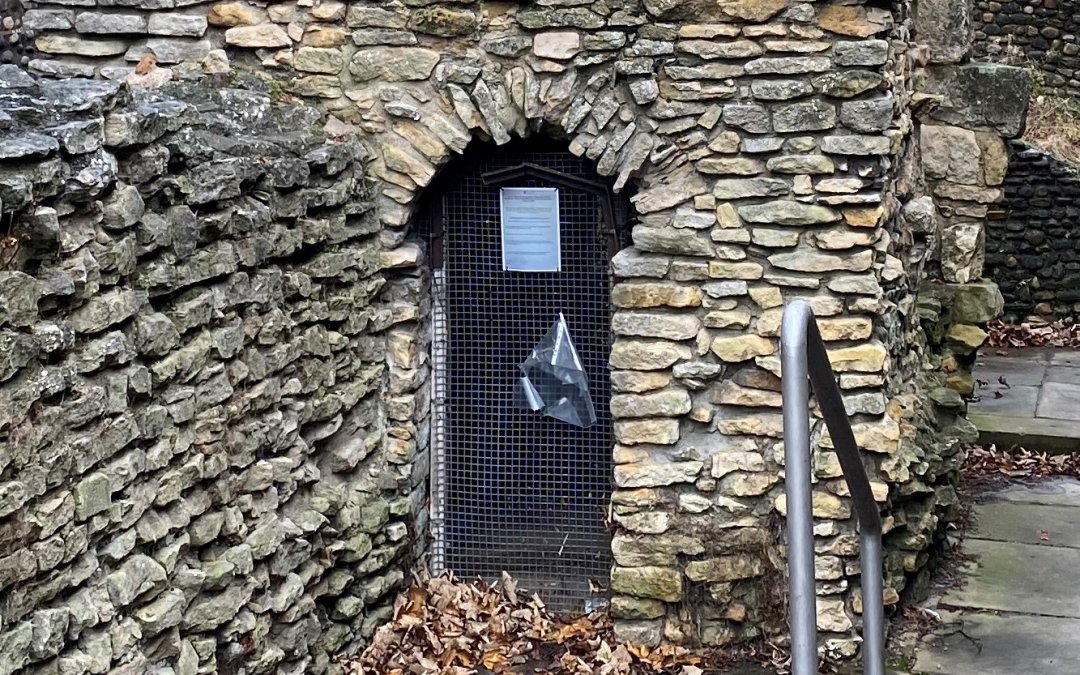 Hidden away behind York’s library and just outside Museum Gardens is a real historical treasure which I discovered thanks to the author Coin Speakman who recently showed me this strange structure on a visit to York.

This recently restored tower turns out to be one of only two non-ecclesiastical Anglo-Saxon stone-built structures still remaining in Britain. There are a few stone church towers dating to the Anglian period in Yorkshire, which have survived and been integrated into present day churches but the tower in York is unique.

English Heritage state – there are “no secular parallel(s) for this tower in Britain, nor in Europe”. 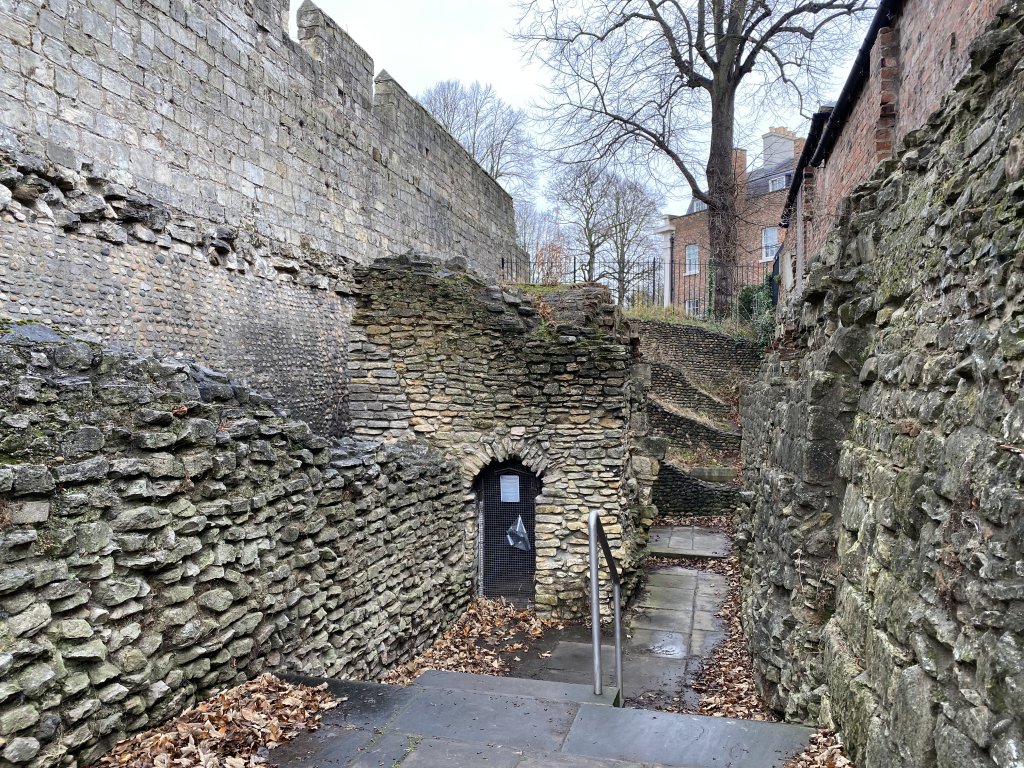 It is built into the existing Roman city wall and consists of a square tower shaped building with a ground-level arched doorway which is still intact leading to a tunnel-vaulted inner chamber with another door opposite.

The tower is built from very roughly dressed Oolitic limestone and the remains show a brick vaulted roof. This Oolitic limestone originates from a different area than the Roman city walls whose magnesium limestone was quarried in Tadcaster (which the Roman’s knew as Calcaria).

It is believed that the tower would have been a two-story building but only the ground level of the structure remains. What remains is about 4.5 meters high but the original tower is believed to have been over 10 meters tall and probably was used as a watchtower or a defensive structure for archers to launch their arrows from.

The ground level doorways it is thought were probably built for a sentry to walk through whilst on patrol of the wall.

There is fierce debate as to the age of the Anglian Tower. Some believe the tower could date to the period around the 5th Century AD when the Romans left York – so in fact could be an Anglo Romano structure, but the main school of thought is that it dates to a bit later and relates to the early 7th Century AD when King Edwin of Northumbria converted to Christianity and was baptised in 627 at a very early wooden iteration of York Minster.

King Edwin, was said to have strengthened York’s city defences between 627 and his death in battle in 633AD. Interestingly the Anglian Tower sits between where two Roman Interval towers were, so perhaps it was a replacement for these that had fallen into disrepair?

It is known that during the Viking occupation of York – or Jorvik as it was known then, that around 900AD that the original Roman city walls were backfilled to create ramparts around the city. It is during this time that the Anglian Tower would have been covered in rubble and soil, being lost from view for centuries.

The remains of the Anglian Tower were discovered by accident in the 1830’s when a tunnel was being dug across St. Leonard’s Place but it was not properly excavated until more recently.

Excavations were started by Jeffrey Radley in 1969, but sadly he died in an accident on the site during the works in 1970. There was a plaque in his memory installed on the tower but this unfortunately has been removed or stolen.

To give you an example of how important the Anglian Tower is in a historical sense – the website www.historic-uk.com state on their website “we have been lucky enough to visit some of the grandest, most historic buildings in all the land. Strange then, that the seemingly inconsequential Anglian Tower in York tops our list of the most interesting historical sites in the country”.

To find the tower – go past York Library and turn left around its side or climb up to the side of the Multangular Tower from Museum Gardens and follow the path along the inside of the wall to the Tower.

It really is a “hidden historical gem”.