Yorkshire has its new Climate Commission, but what can we do to help? 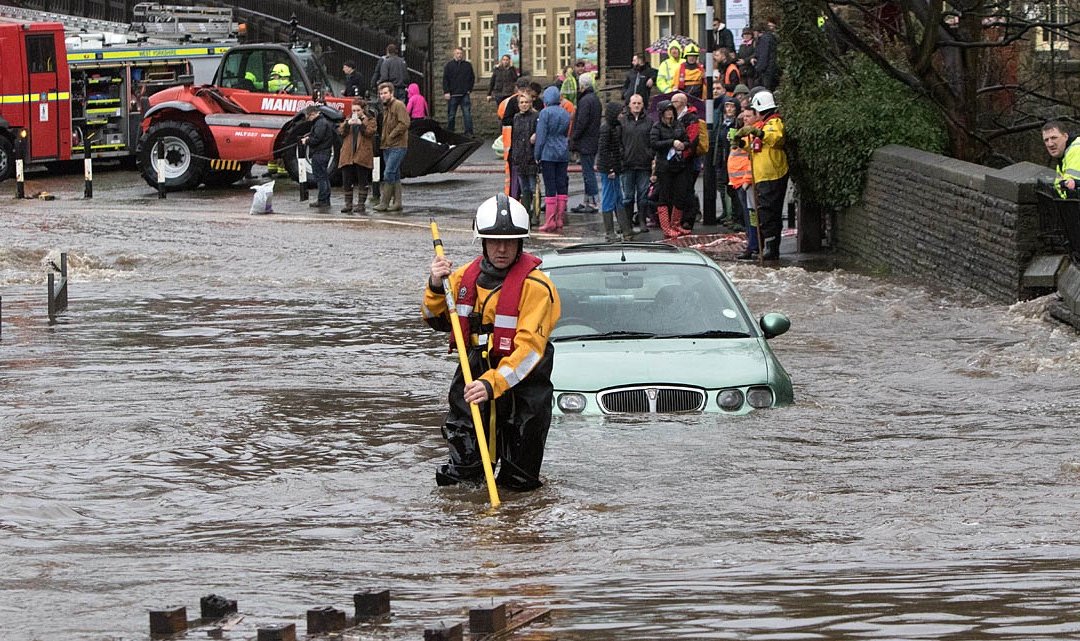 If you wanted to define the single most serious threat to the health, welfare and well-being of future generations of people living in Yorkshire, it would not be Covid-19, terrorism, nuclear weapons, a crashing economy, but something that impinges on all these things – climate change.

We now know from the evidence of the world’s leading scientists, that the world is now approaching a critical point. Within a couple of decades, unless there is a dramatic change in the amount of greenhouse gases being produced by human activity, by our industry, our cars, our planes, our farms, run-away global warming will create conditions on much of the planet that will be impossible for humans to survive.  The impacts of this in terms of failed crops and mass migration, leading to wars, as desperate people and even nations fight to secure access to the world’s dwindling resources, are too dreadful to contemplate.

It is already happening even in Yorkshire.  We’ve seen all too frequently flash flooding in our towns and cities as warm oceans produce unstable weather. Moorland fires have raged as record temperatures have dried out peatlands and forests.  Nor are we immune to what happens overseas. Crop failures and locust swarms in parts of North Africa have led to political instability and desperate refugees heading northwards.

But this dystopian nightmare can be prevented and even reversed if Governments can work together. The process has already begun with nations taking action through the legally binding 2015 Paris Agreement – now also supported by President Biden and the USA.

The forthcoming United Nations Climate Change Conference, being hosted by the UK Government in Glasgow in November 2021, will also mark a major step forward. The aim is to dramatically decarbonise every national economy. This means a switch to renewable energy and green technologies away from fossil fuels on a massive scale, closing coal, oil and eventually gas-powered power stations, to be replaced by wind, water and geothermal heat exchange power generation to drive our cars, trains, buses, heat our homes, grow our food and power our machinery. The key words are mitigation – to build resilience in everything we do to cope with the impacts of changing weather patterns, including new flood prevention schemes, and adaptation, to reduce the release of carbon into the atmosphere, for example by protecting peat moorland and by planting millions more trees.

National Governments cannot do this alone. Government and national agencies need to work with local authorities and regional bodies, but also with a wide range of private, commercial and voluntary sector organisations to help with this vital work of education, information and delivery.

Here in our region, with the support of the all-party Yorkshire & Humber Leaders Group, a new independent regional advisory body has been established, known as the Yorkshire & Humber Climate Commission (https://yorksandhumberclimate.org.uk) .

The Commission, launched on 17th March 2021, is part of a wider UK network called the Place-Based Climate Action Network – PCAN.

Chair of the Yorkshire Commission is Liz Barber, CEO of Yorkshire Water who are corporate members of The Yorkshire Society, and who as well as being on the front line of climate change in terms of water resource management, are also major landowners in the uplands of the Dales and Pennines, including many thousands of hectares of moorland.  Members of the 38 strong Commission also include influential local political figures such as Dan Jarvis MP, elected Mayor of South Yorkshire, and representatives from commercial companies, universities, research organisations, trade unions, broadcasters and environmental groups, including the National Trust and Yorkshire Wildlife Trust. These enlightened people are all movers and shakers with the power and ability to make things happen within their own organisations and well beyond.

The Commission has four key aims:

These are all aims that The Yorkshire Society fully supports. We look forward to working closely with the Commission and its partners to ensure their delivery, both for the protection of Yorkshire’s unique and special environment, and for the future well-being and prosperity of everyone in our region and for generations to come.

Thank you for Society member, Colin Speakman, for this article.