Yorkshire Society of New Zealand steal the show at a ‘Christmas’ Parade. 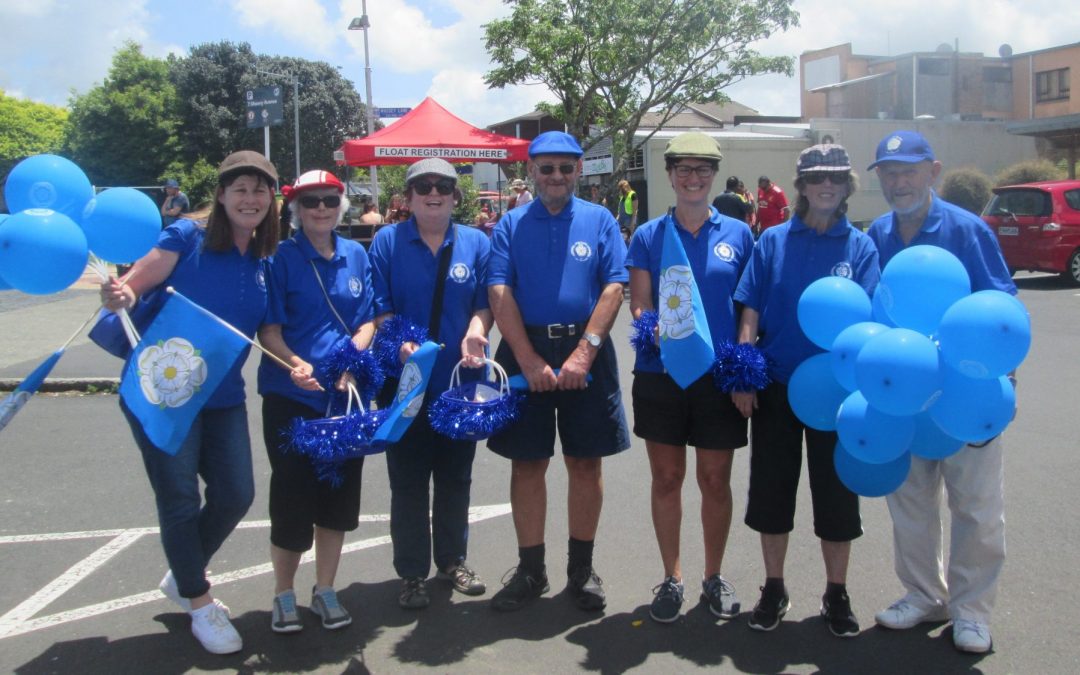 The Executive Committee of the Yorkshire Society in New Zealand, at the suggestion of a member at their recent AGM, passed a motion to participate in one of the local Christmas Parades held on the first weekend of December. 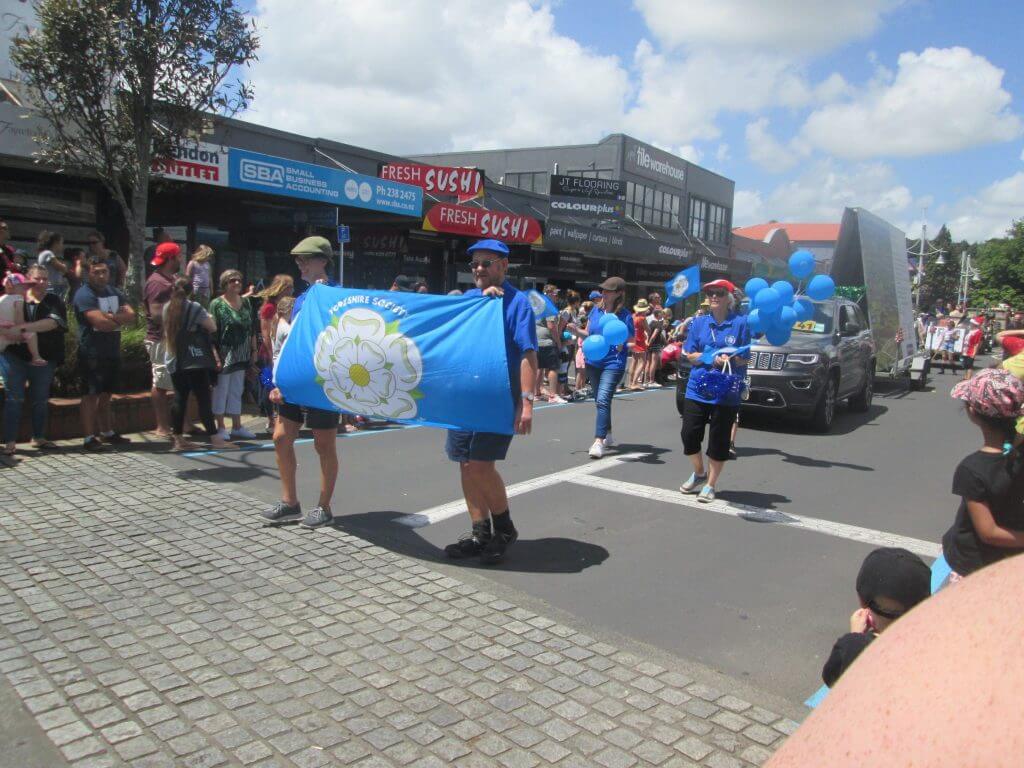 Pukekohe Town parade was chosen as this is where we are currently based and where the Franklin Local Board of the Auckland Council are located. This was seen as appropriate as the Local Board funded the brass band who attended and played at our large Yorkshire Day function in August 2018. Bill Cashmore, the Auckland City Council’s Deputy Mayor, who joined us on the Skype link with Ripon this year is also a local.

Pukekohe is located in a largely rural location which, every February, holds an Agricultural and Pastoral Show (our version of the Great Yorkshire Show) and has a horse racing and an internationally used motor racing track.

The debrief after the parade was light-hearted and the overall feeling was that it went very well and there were some really good comments by the announcer over the public address system as the team walked past the truck mounted podium.

It was decided to do just the one parade this year and to plan ahead for a better presentation in 2019 possibly with a float towed by a vehicle.