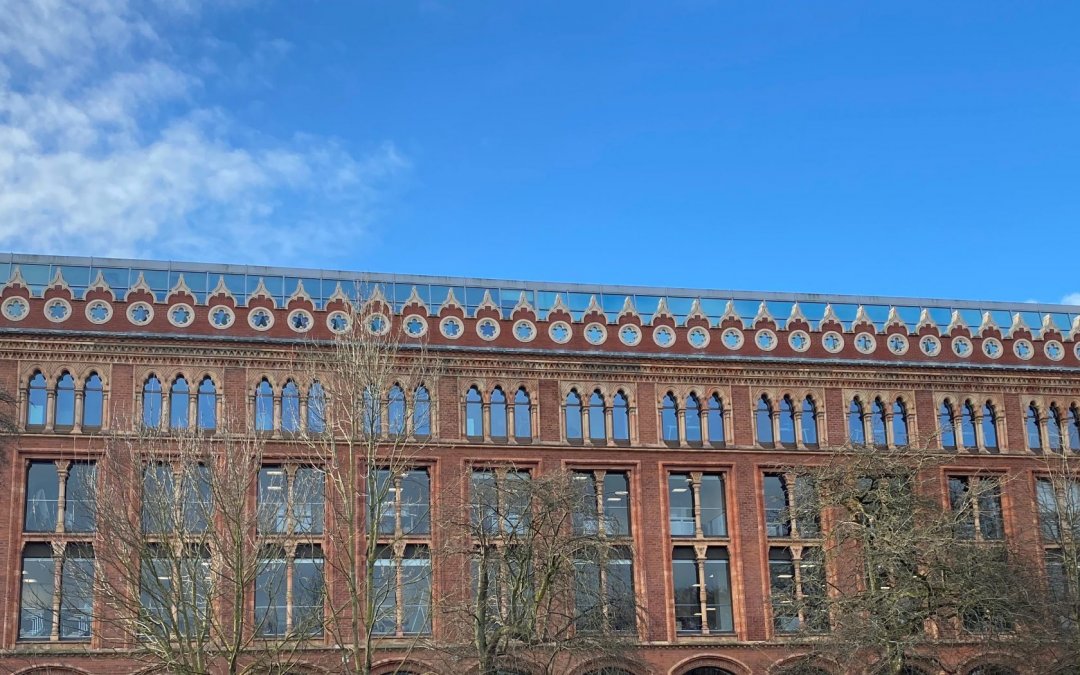 One of my favourite buildings is in Leeds and situated just on the edge of Park Square near the Town Hall. 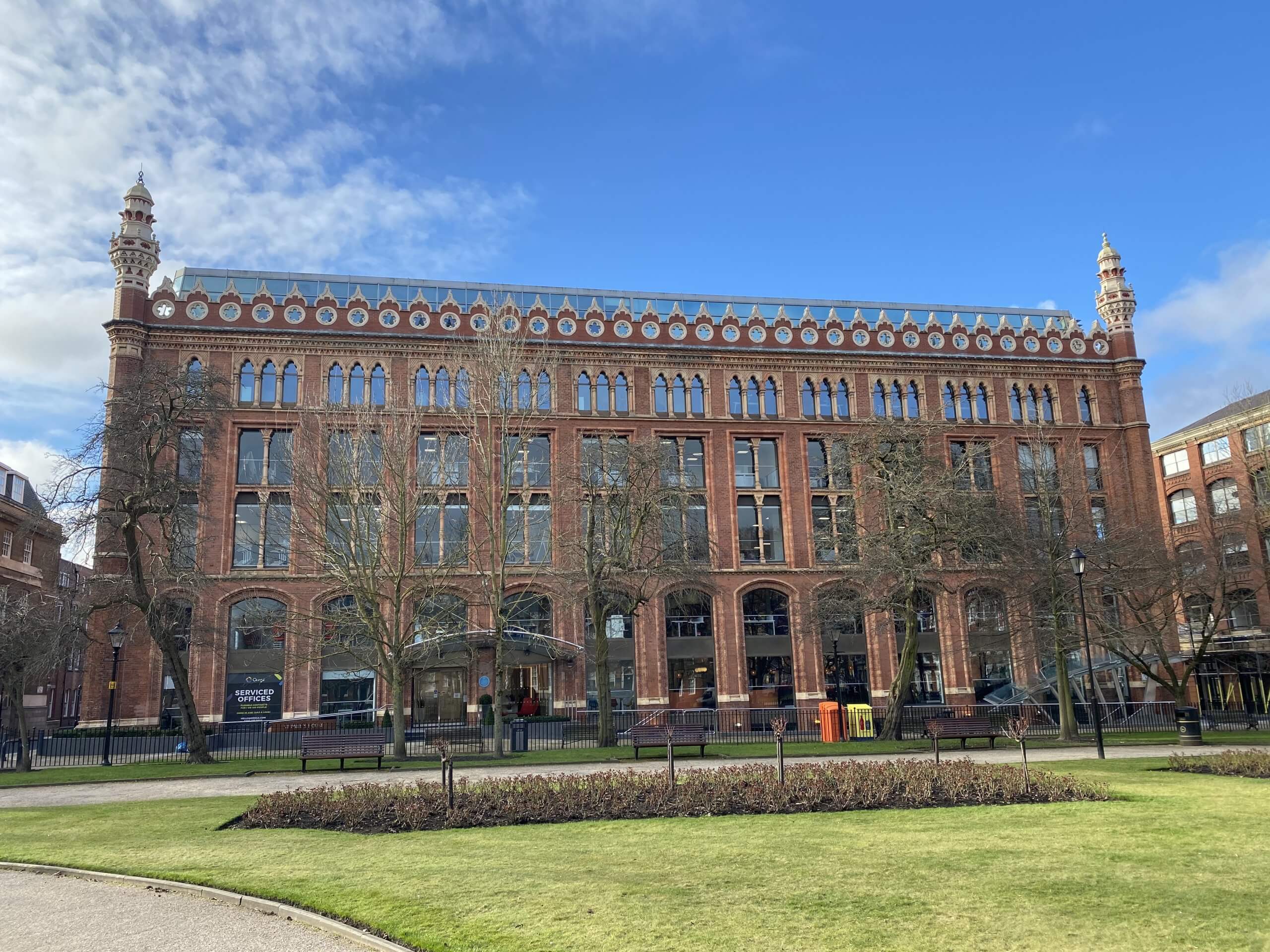 Whilst a short walk from the main centre, it is well worth a visit as the architecture is magnificent and it looks completely out of place next to the Georgian architecture of the surrounding square.

What makes the building so distinctive is the Hispano-Moorish style of the building with its impressive minarets. The pink/red terracotta brickwork also helps the building stand out, but what is a building like this doing so close to the city centre?

This architectural jewel was built in 1878 on St Paul’s street, close to where St Paul’s church was located, and links back to when Leeds was a thriving hub of the “ready to wear” clothing industry.

It’s a grand building which, believe it or not, was built as a warehouse and cloth cutting factory for John Barran and designed by architect Thomas Ambler. 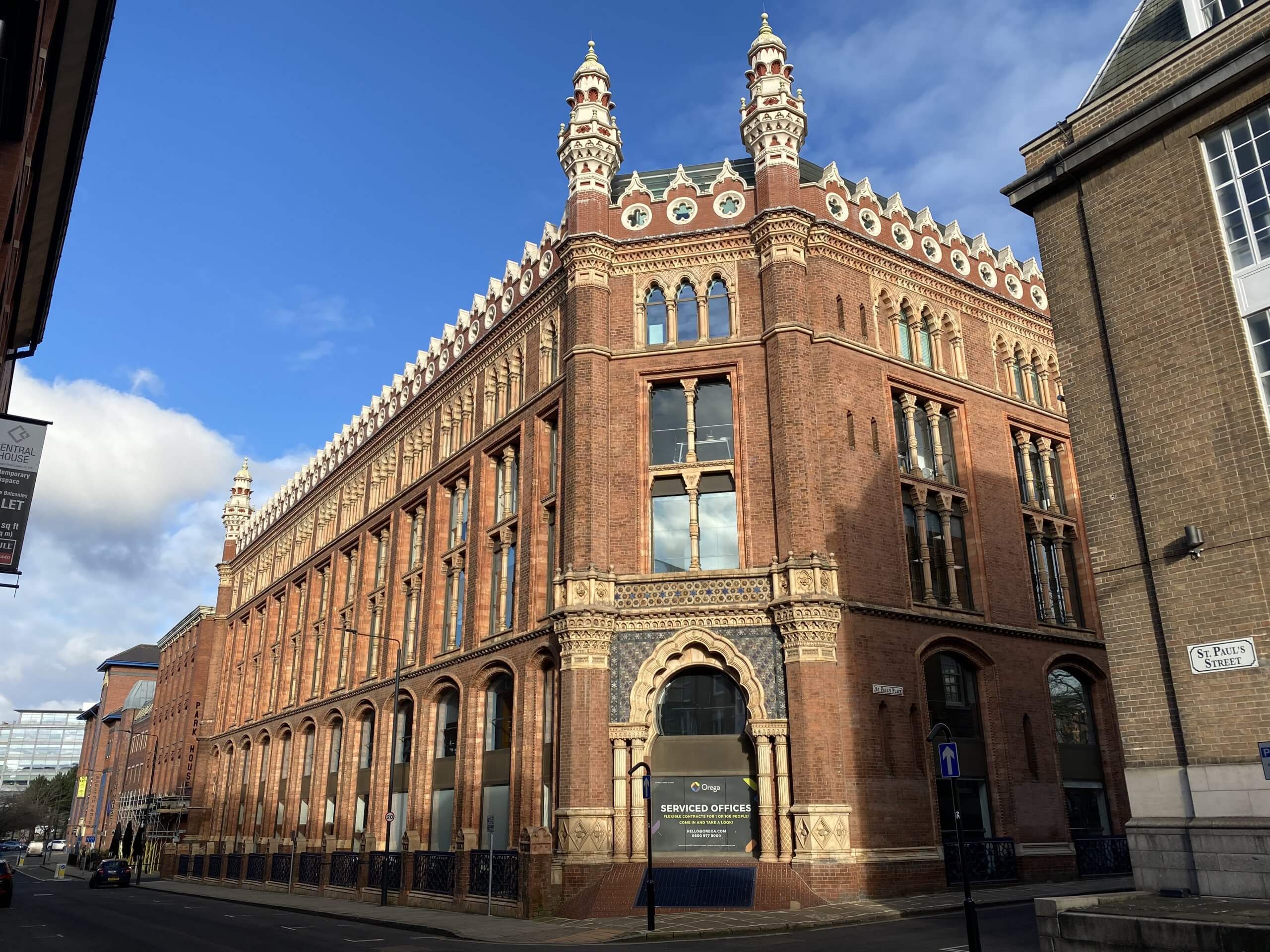 John Barran was one of the leaders in this field. A Londoner, he moved to Leeds in 1842 and set up a tailoring shop near Briggate. His shop became an “emporium of fashion” not just offering tailored garments but a range of affordable ready-made clothes such as moleskin trousers, dress-coats and waistcoats.  The success of his retail operation meant he soon became the first clothier to open a wholesale clothing factory in Leeds in 1856. His business grew rapidly and he was soon employing 3000 workers and by 1881 he had 20 factories.

At this time the cloth for the clothes was cut by hand, a time-consuming process but this is where a Barran innovation gave him the edge. He had visited a factory which used a bandsaw to cut wood veneers and in 1858 he became the first person to pioneer the use of a bandsaw for cutting multiple layers of cloth for the clothing industry – speeding up the production process massively. He was also a pioneer in automation by adopting the new American Singer sewing machines in his factories.

With the growing success of Barran & Sons, John Barran needed somewhere to expand and to store his cloth and so he decided to build a new factory and warehouse on lands next to Park Square. This was the time when the wealthy entrepreneurs of Leeds were showing off their wealth with fantastical buildings (think the Egyptian temple of Marshalls Mill and Itallianate Towers of Tower Works) and so he commissioned architect Thomas Ambler to produce an eye catching, memorable building. 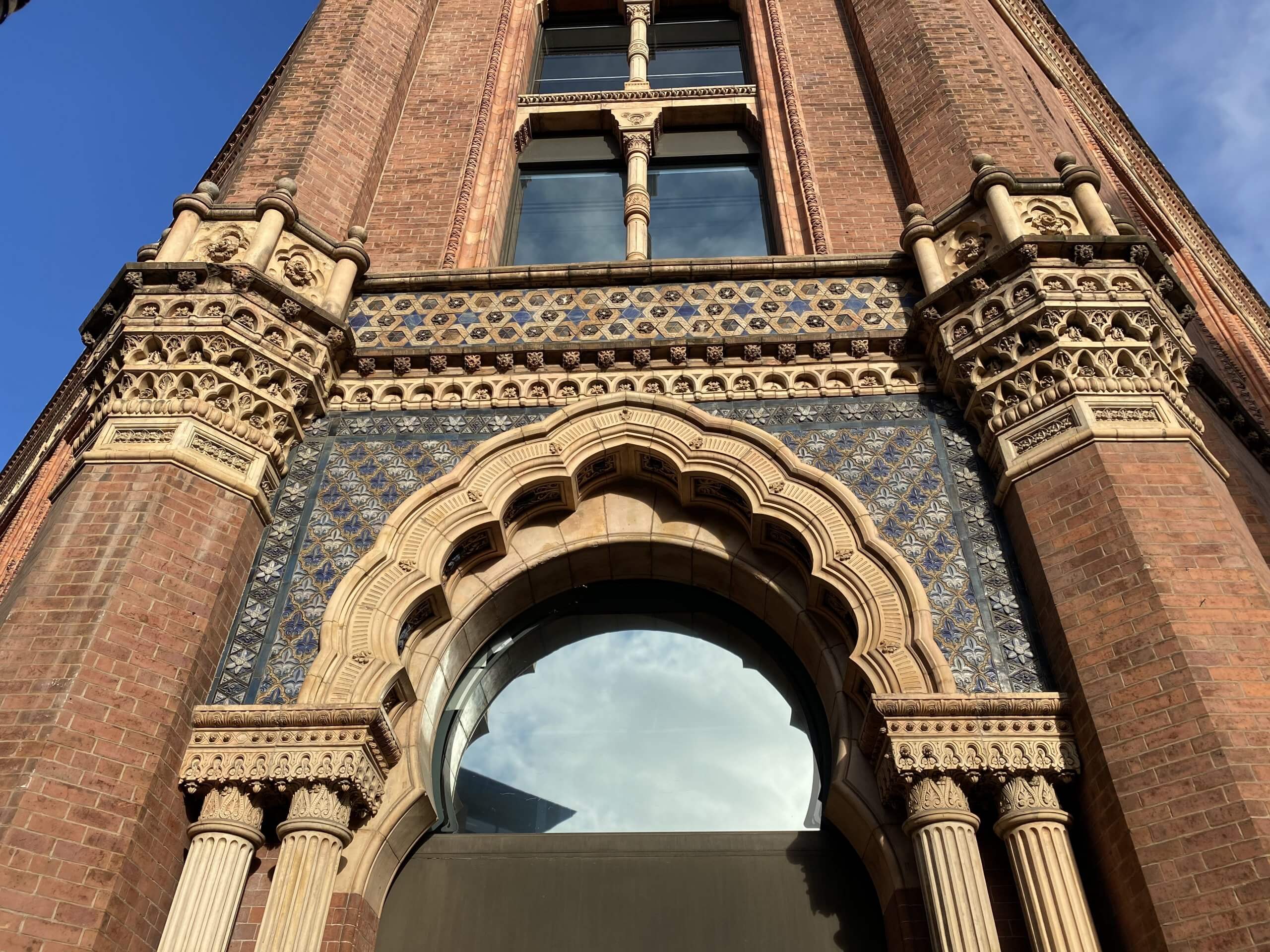 St. Paul’s House was the outcome of this brief – a building with an echo of Moorish Spain, with minarets and a parapet. The building is still there today but in 1976 as part of extensive renovations the original terracotta parapet and minarets were deemed unsafe and replaced with fibre glass copies which would be at less of a risk of falling down in high winds and injuring passers-by.

In 2014 the building was bought for £23.7 million by EPIC UK Group and now is rented out as high-quality office space. But I hope you will agree, it still is an outstanding building and one of Leeds’ architectural gems.

As for John Barran, his business continued to grow and he built, then moved into, a new factory at Joseph’s Well. Later as an MP and Leeds City Council member, Barran was instrumental in buying the lands consisting of Roundhay Park for the people of Leeds.

A modest man, when money was collected by Leeds residents for a statue, he politely rejected the idea. He was always seen as caring for his employees and made sure his factories had good lighting and sanitation, with fair pay – unlike many of the “sweat shops” which had set up at the time.

On his death in 1905 thousands lined the streets of Leeds to bid farewell to this Grand Old Man of Leeds. St. Paul’s House is a fitting legacy to remember him by.

This article was written by member of The Yorkshire Society, Tim Barber – who writes about all things “Yorkshire” on his Real Yorkshire Blog.