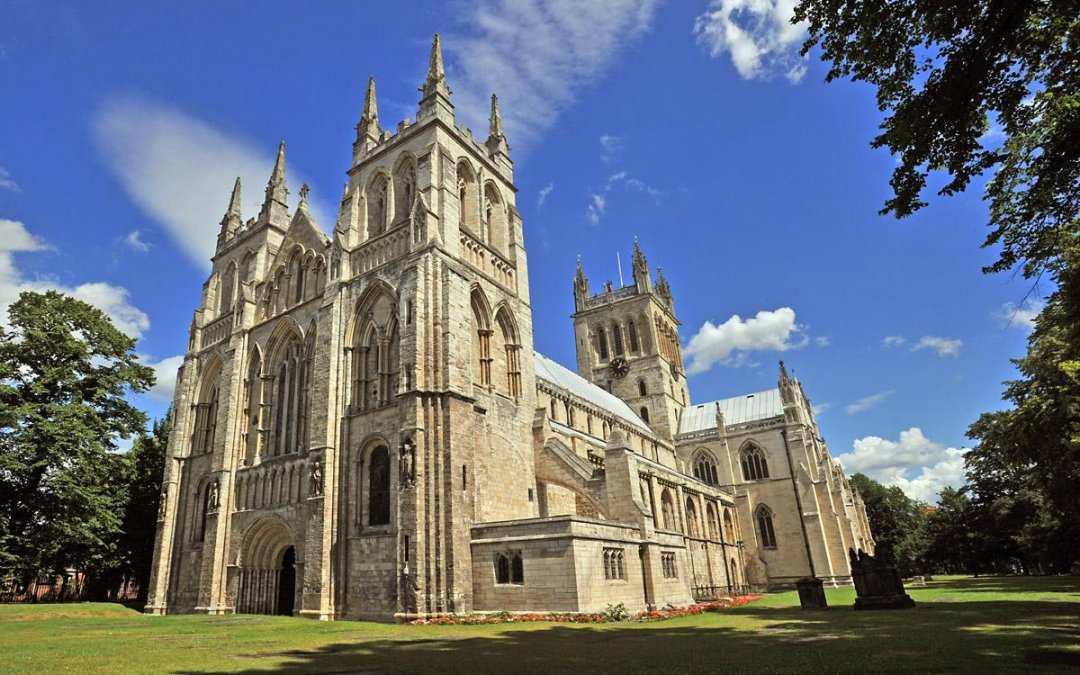 Yorkshire Society member Alex Adams, who lives in Washington DC, has written eloquently about his personal links and love of Yorkshire. You can read his ‘letter’ here.

There are various ways of belonging to Yorkshire. You can be born here, choose to live here, or Yorkshire might even be the part of England your parents, grandparents or even older forebears and ancestors came from.

This is especially true of so many “expats” now living in the USA, Canada, or Australasia. Links between Yorkshire and USA are especially strong – and might even include George Washington himself.

Selby, a small town in North Yorkshire, on the River Ouse at the southern end of the Vale of York, is known for its magnificent Abbey Church. The town probably owes its existence, at least in part, to what is a charming legend.

In 1069 a young French monk named Benedict from the monastery in Auxerre in Burgundy, had a vision which made him feel impelled to leave his parent monastery to travel to the port of King’s Lynn in England. From there he took a boat up the Humber and then the Ouse towards York. When his boat was passing the little Anglo-Viking farming settlement on the river at Selby, he caught sight of three white swans alighting on the river and took these as a sign of the Holy Trinity. So, he immediately disembarked, deciding this was the place to build a small hermitage.

His vision came to the attention of Hugh, Sheriff of York, immediately following the Harrying of the North. Hugh in turn gained the support of William the Conqueror who, perhaps to appease the Pope’s anger at the recent Harrying of the North massacres, granted Benedict land at Selby on which to build an Abbey. Work began on the new building with limestone brought by small craft along a specially constructed dyke or canal from a suitable quarry near Monk Fryston, to the River Ouse.

The fact that William’s son Henry, later Henry I, known as Beauclerc because of his scholarship, was born in Selby in 1070 as the King and his consort were travelling to York, may also have helped secure financial support for the Abbey.

The three white swans form part of the Selby’s coat of arms to this day. Though most of the Abbey itself has now long vanished, its magnificent Church with its great Norman columns has survived and is regarded as one the best-preserved Abbey Churches in England. It is especially noted for its magnificent 13th and 14th century stonework, including the wonderful east window, much of it with its original 14th century glass, tracing Old Testament stories. 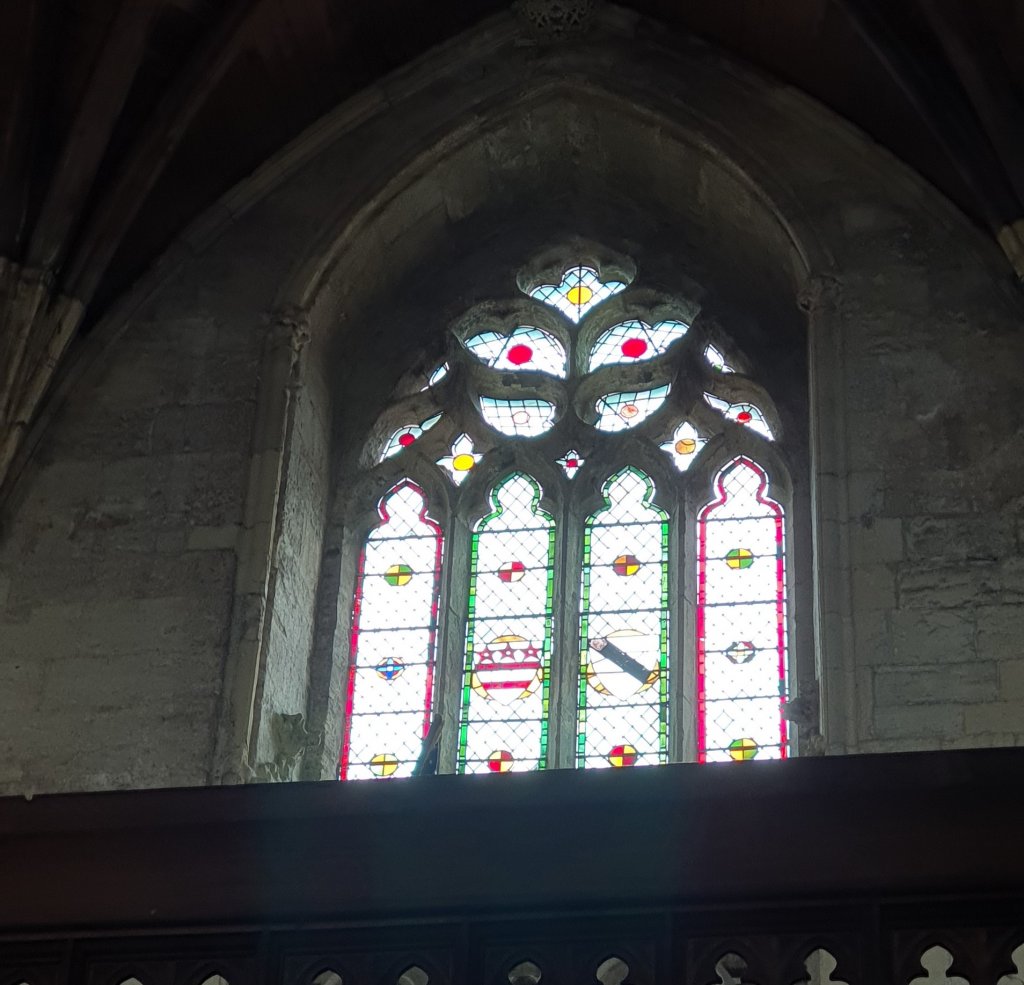 One particular piece of this glass in what is now known as the Washington Window is of special interest. It contains the arms of the Washington family. It probably represents some kind of gift made to the Abbey by John Wessington, prior of Durham (1416-46) and a distinguished ancestor of George Washington, first President of the United States of America.

At Great Brington, in Northamptonshire, where the first President’s ancestors lived, the Arms are also represented with pierced mullets, the colours being identical with Selby though the shield is much smaller.

So, this Yorkshire window is probably the earliest surviving representation of the Washington family iconography, which was subsequently to be incorporated into the national flag of the United States – the stars and stripes.

Thank you to member, Colin Speakman, for this.